KKR And People Of Kolkata Have A "Fond Place In My Heart", Says Pat Cummins

Pat Cummins also said he owes Brendon McCullum and the KKR staff "a few dinners" for showing confidence in him during the IPL auction. 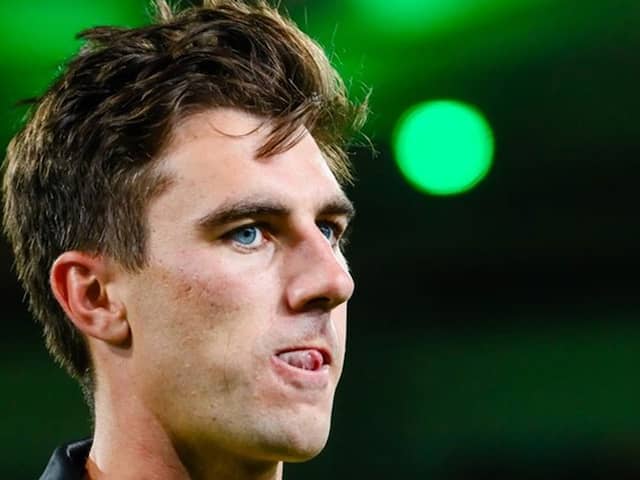 Australian pacer Pat Cummins, who became the most expensive foreign player to be bought in Indian Premier League (IPL) has said that "big contract brings big responsibilities". During the IPL auction last December, Cummins was bought by Kolkata Knight Riders (KKR) for Rs 15.5 crore. He also said he owes coach Brendon McCullum and the staff a few dinners for showing confidence in him. "I think I owe Baz and the rest of the staff who picked me a few dinners at least. Someone like Baz, I have played against him, a great cricketer and an international captain," KKR's official website quoted Cummins as saying.

"To get that kind of reassurance that 'you've got something that I really want in the team' is great for me. I think a big contract brings big responsibilities, but more than anything, it brings a lot of excitement. Once you are out there, you forget about the contract really quickly, and it's mainly about being with the team and trying to win. I am really excited to be with the squad we put together for this season," he added.

Cummins said the people of Kolkata have a "very fond place in my heart" and he is pumped to represent KKR.

"I am very, very excited. My first taste of the IPL, and my biggest taste of India was when I was in Kolkata representing the Knight Riders. I was a few years younger than I am now. I absolutely loved it. Within our team, we had so much experience. Jacques Kallis, one of the World''s biggest players, and suddenly, I'm there having dinner with him every night and getting to play alongside him," he said.

"Andre (Russell) was just on his way to becoming the ballistic cricketer that he is. My first season there, we won the title. So KKR and the people of Kolkata have a very fond place in my heart. Even the office staff and management - they have always been so nice to us players. I am pumped to go back and represent the team," Cummins added.

The 2020 edition of the IPL was scheduled to commence on March 29. However, the coronavirus crisis in India put an indefinite halt to the league.