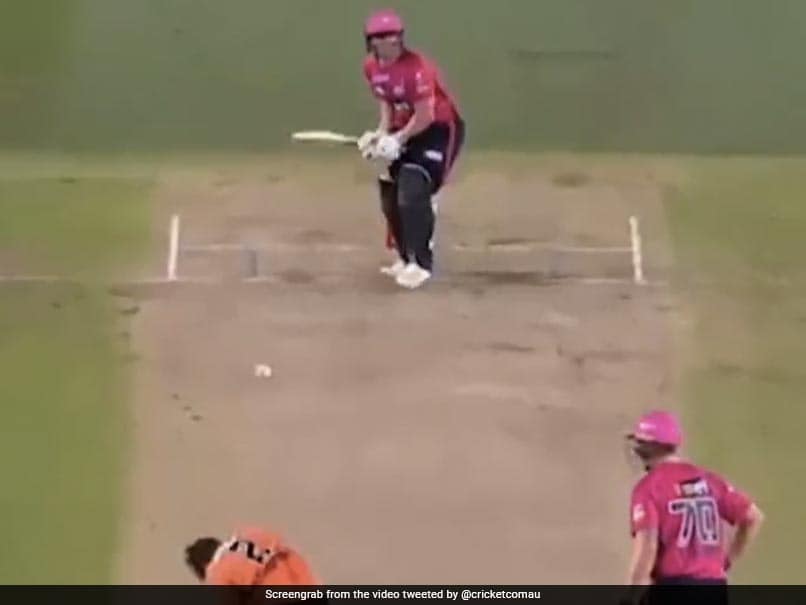 Perth Scorchers on Friday won a record fourth Big Bash League title after beating defending champions Sydney Sixers at the Marvel Stadium in Melbourne. In the match, pacer Jhye Richardson produced a toe-crushing yorker to dismiss Steve O'Keefe, which sealed a record-setting fourth BBL title for the Scorchers. O'Keefe had no answers to the delivery, and the umpire was quick to raise his fingers as well. A video of Richardson's toe-crushing yorker to O'Keefe was uploaded by cricket.com.au on their official Twitter handle.

Ahead of the final, both the Scorchers and the Sixers were tied on three BBL titles each. Sixers, however, had a mountain to climb after some of their first-choice players had to miss the final due to a COVID-19 outbreak within the camp.

After being put into bat, the Scorchers were reeling at 25 for four after the first six overs.

However, skipper Ashton Turner and Laurie Evans, who has been a revelation for the four-time champions this season, put on a 105-run stand to anchor the innings.

Turned slammed 54 off just 35 balls while Evans top-scored with a 41-ball 76 as the Scorchers managed to reach a total of 171 for six.

In reply, the Sixers couldn't recover from the early dismissals of their makeshift openers Hayden Kerr and Nicholas Bertus.

The Sixers kept on losing wickets at regular intervals as no other player, barring skipper Daniel Hughes, managed to cross the 20-run mark.

Hughes scored a fighting 33-ball 42 as Sixers were eventually rolled over for a total of 92, losing the match 79 runs.

Perth Scorchers SYS Jhye Richardson Steve O'Keefe Ashton Turner Daniel Hughes Cricket
Get the latest updates on Fifa Worldcup 2022 and check out  Fifa World Cup Schedule, Stats and Live Cricket Score. Like us on Facebook or follow us on Twitter for more sports updates. You can also download the NDTV Cricket app for Android or iOS.