Jasprit Bumrah Shares Video Of His "Match-Winning Knock" With The Bat. Watch

Jasprit Bumrah posted a video of him batting in a match where his knock helped Gujarat beat Goa. 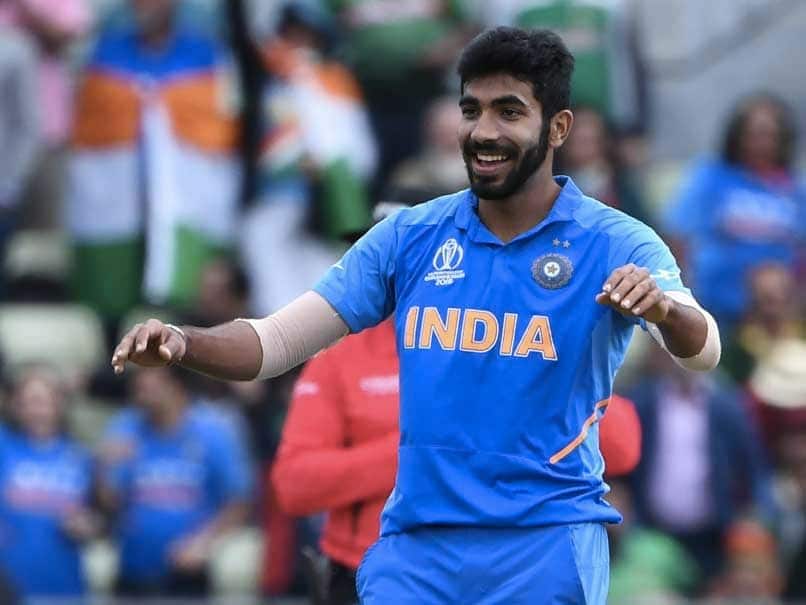 Jasprit Bumrah has been one of the main fast bowlers for India in all forms of cricket.© AFP

Indian fast bowler Jasprit Bumrah has been active on social media as the country observes a nationwide lockdown. Bumrah has managed to keep his fans entertained as the country fights against coronavirus. In his most recent Twitter post, Bumrah shared a video of him batting in a match that took place between Gujarat and Goa back in 2017. Bumrah's knock helped his team win the game. He captioned his tweet saying, "On popular demand (mostly by @YUVSTRONG12), here's presenting, Jasprit Bumrah's knock of 2017!" Earlier in the week, Jasprit Bumrah and Yuvraj Singh were seen speaking to each other in an Instagram Live session.

Jasprit Bumrah has been one of the main fast bowlers for India in all three formats of the game. Since his debut, Bumrah has proved to be an asset for the Indian team and has troubled many batters from across the globe.

The right-arm fast bowler made his debut for India back in 2016 against Australia in a One Day International in Sydney. He was impressive in his debut game and managed to dismiss Steve Smith and James Faulkner in the game. Bumrah has played 64 ODI's for the country and has scalped 104 wickets with an economy rate of 4.55. He is ranked second in ICC's ODI rankings with 719 points.

Jasprit Bumrah has featured in 50 T20I's for the country and has picked 59 wickets with an economy rate of 6.66.

Bumrah has played 14 Test matches for the country and has 68 wickets to his name with an economy rate of 2.69. He is currently at the seventh spot in ICC Test rankings for bowlers. The pacer has also been a regular player for the Mumbai Indians team in the Indian Premier League.

Mumbai Indians Cricket
Get the latest updates on Fifa Worldcup 2022 and check out  Fifa World Cup Schedule, Stats and Live Cricket Score. Like us on Facebook or follow us on Twitter for more sports updates. You can also download the NDTV Cricket app for Android or iOS.