"Mentally At Wankhede Stadium But Physically At Home": Suryakumar Yadav

Suryakumar Yadav, a part of the Mumbai Indians IPL contingent, reflected on the social distancing as a fallout of the coronavirus pandemic as people were forced indoors in India and around the world. 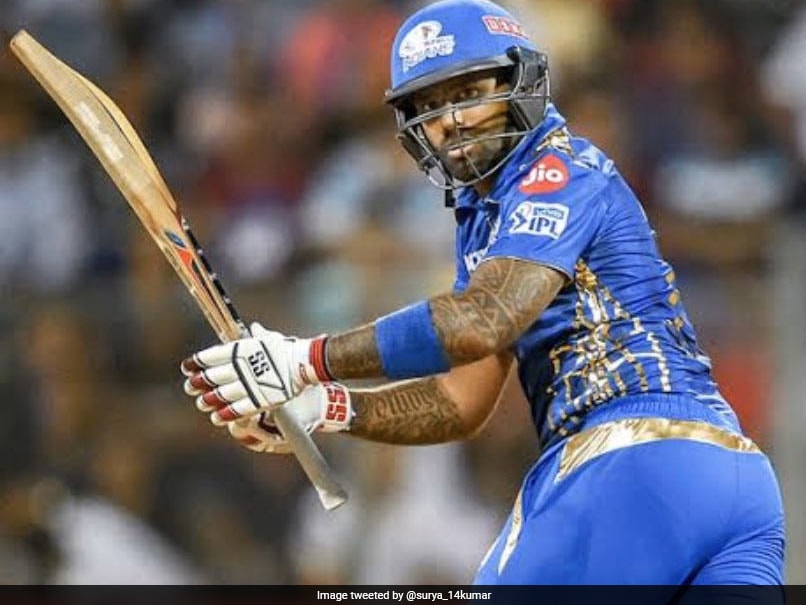 Suryakumar Yadav made his debut for the Mumbai Indians back in 2012.© Twitter

Mumbai Indians batsmanSuryakumar Yadav has been spending time with his family during the nationwide lockdown in the battle against the coronavirus pandemic. The Mumbai Indians cricketer recently shared a post on his Twitter account which says, "Mentally at Wankhede stadium but physically at home. This too shall pass. #stayhome #staysafe". India has been battling against the coronavirus pandemic which has seen many sporting events being cancelled or postponed. The Indian Premier League which was earlier scheduled to begin from March 29 was pushed to April 15.

Mentally at Wankhede stadium. But physically at home. This too shall pass. #stayhome #staysafe pic.twitter.com/EBsjgqtmVB

Suryakumar Yadav made his debut for theMumbai Indians back in 2012. However, 2014 was Yadav's breakthrough year as he featured in 16 games and scored 164 runs with a strike rate of 140.17 for the Kolkata Knight Ridersafter being dropped by Mumbai Indians. In the same season, Kolkata Knight Riders went on to win their second IPL title under Gautam Gambhir's leadership.

Suryakumar Yadav was the captain of the Mumbai Ranji Trophy team during the 2019-20 season and scored a good hundred against Saurashtra during their match in Rajkot. However, his knock was not enough to help his team win the match as it ended in a draw allowing Saurashtra to reach the final. Saurashtra went on to win the title after beating Bengal in the final on the back of the first-innings lead.

Wankhede Cricket
Get the latest updates on T20 World Cup, check out the T20 World Cup Schedule and Live Score . Like us on Facebook or follow us on Twitter for more sports updates. You can also download the NDTV Cricket app for Android or iOS.