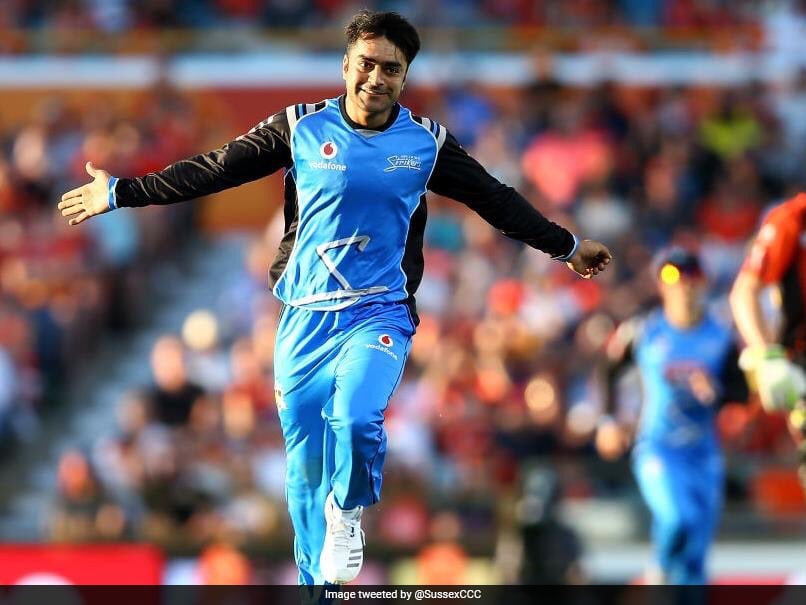 Australia all-rounder Glenn Maxwell on Wednesday teased Afghanistan spinner Mujeeb Ur Rahman and said "I taught him how to play reverse sweep." Maxwell and Mujeeb played together for Kings XI Punjab in the 13th edition of the Indian Premier League. The all-rounder had a poor run in the tournament as he just managed to accumulate 108 runs off 13 games and also failed to hit a single six for the first time in his eight-season IPL career. Maxwell, who is leading Melbourne Stars, did not miss a chance to pull the spinner's leg who is currently playing in Big Bash League for Brisbane Heat. Mujeeb played a reverse sweep shot off Rashid Khan in his team's clash against Adelaide Strikers at the The Gabba on Wednesday.

Mujeeb sees the No.1 bowler in the world (and teammate) and says have a look at this!! #BBL10 pic.twitter.com/RCuN6CZdwb

Mujeeb accumulated four runs from that shot and that triggered Maxwell to take the credit.

I didn't do much this last IPL, but I'm pretty sure I taught Mujeeb how to play that reverse sweep #yourewelcomeheat

Taking to Twitter, Maxwell wrote, "I didn't do much this last IPL, but I'm pretty sure I taught Mujeeb how to play that reverse sweep."

Mujeeb scored 18 runs off 10 balls including a six and two fours.

Skipper Jimmy Peirson's 69 off 36 went in vain as Heat fell three runs short of the target and lost the match by two runs.

However, Peirson's knock helped him win the Man of the Match award.

Heat are at the bottom of the table with one point from three games while Strikers are at the third place with nine points from four games.

Glenn Maxwell Cricket
Get the latest updates on IPL Auction 2023 and check out  IPL 2023 and Live Cricket Score. Like us on Facebook or follow us on Twitter for more sports updates. You can also download the NDTV Cricket app for Android or iOS.