After RCB's IPL 2020 exit, former India opener Gautam Gambhir said that Virat Kohli, as a skipper, needs to take accountability for the team's failure to deliver the silverware. 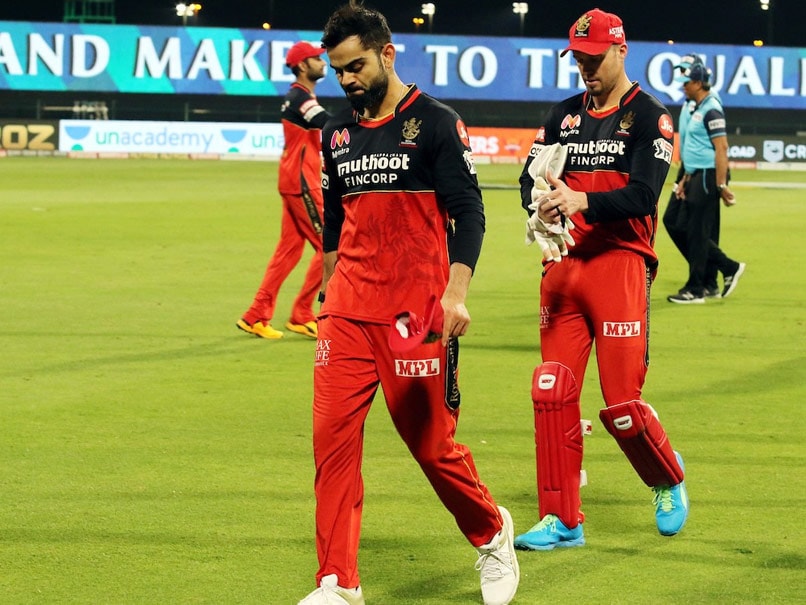 IPL 2020: Virat Kohli failed with the bat as RCB lost to SRH in Eliminator.© BCCI/IPL

Virat Kohli-led Royal Challengers Bangalore (RCB) exited IPL 2020 after a six-wicket loss to SunRisers Hyderabad (SRH) in the Eliminator on Friday. After RCB's defeat, former India opener Gautam Gambhirsaid that Kohli, as a skipper, needs to take accountability for team's failure to deliver the silverware. Gambhir opined that there is no other franchise that would have persisted with the same skipper who has failed to win even a single title in eight years. Speaking at ESPNcricinfo's show T20 Time Out after RCB's disappointing loss, Gambhir said that Kohli, as a leader, should put his hands up and take responsibility for the team's defeat.

"It's not only about one year, it's not only about this. I have nothing against Virat Kohli but somewhere down the line, he needs to put his hand up and say, 'yes, I am responsible. I am accountable'," he added.

RCB's batting unit put on a dismal show in the Eliminator against SRH and could only score 131/7 in 20 overs in the first inning. Apart from AB de Villiers, who scored a fighting half-century, and Aaron Finch, no other RCB batsman could hold fort long enough to make an impact on the game.

Riding on Kane Williamson's gritty half-century, SRH chased down the total in the final over and RCB's dream of laying hands on the elusive IPL trophy came to yet another disappointing end as they exited the tournament with five straight losses.

Gautam Gambhir IPL 2020 Cricket
Get the latest updates on IPL 2021, check out the IPL 2021 Schedule and Indian Premier League Live Score . Like us on Facebook or follow us on Twitter for more sports updates. You can also download the NDTV Cricket app for Android or iOS.