Mumbai Indians wicketkeeper Ishan Kishan was injured when a Hardik Pandya throw hit him on the face. 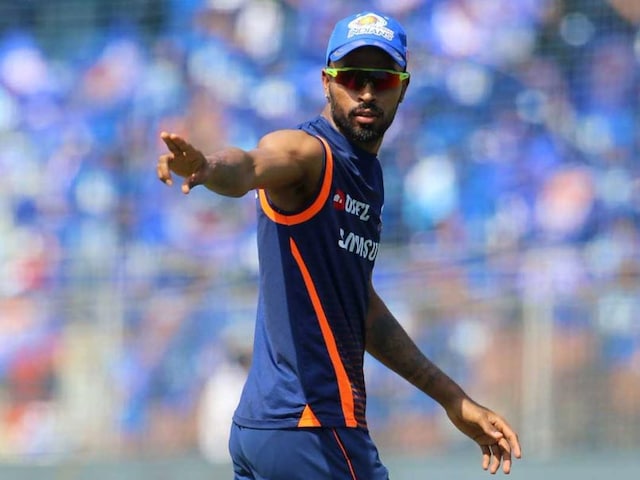 Hardik Pandya posted a photo with Ishan Kishan on Twitter and tendered an apology to him.© BCCI

Mumbai Indians (MI) wicketkeeper Ishan Kishan sustained an injury after a direct throw from his teammate Hardik Pandya hit near his right eye during their Indian Premier League (IPL) clash against Royal Challengers Bangalore (RCB) and was immediately taken off the field. The incident happened in 13th over of RCB innings when a throw from fielder Pandya bounced off the practice pitch area and hit Kishan's face, leaving the 19-year-old writhing in pain. Kishan was replaced by Aditya Tare.

A day after the match, Pandya posted a photo with Kishan on Twitter and tendered an apology to the young wicketkeeper-batsman.

Kishan was bought by the Mumbai outfit for Rs. 6.2 crore in the IPL 2018 players' auction.

With one win and three defeats, Rohit Sharma-led Mumbai Indians are sixth in the points table.

The three-time IPL champions will take on Ajinkya Rahane' Rajasthan Royals at Sawai Mansingh Stadium in Jaipur on April 22.

Comments
Topics mentioned in this article
Mumbai Indians Royal Challengers Bangalore Cricket Indian Premier League 2018 Ishan Kishan Hardik Pandya
Get the latest Cricket news, check out the India cricket schedule, Cricket live score . Like us on Facebook or follow us on Twitter for more sports updates. You can also download the NDTV Cricket app for Android or iOS.