Shai Hope and Michael Vaughan were impressed by the batting technique of seven-year-old Pari Sharma. 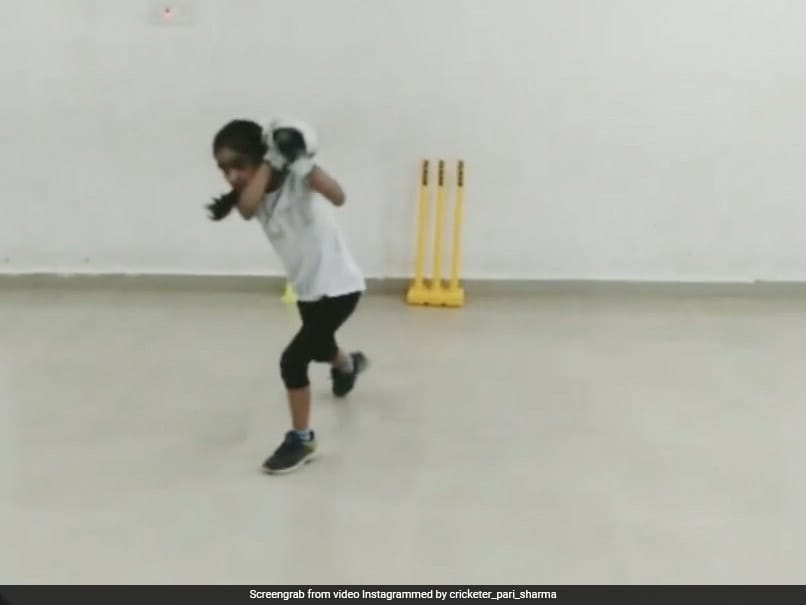 The seven-year-old can be seen hitting the ball with absolute ease.© Instagram

Former England captain Michael Vaughan and West Indies batsman Shai Hope were impressed by Pari Sharma, a seven-year-old batter from India. Vaughan and Hope took to Twitter and shared Pari Sharma's batting clip in which her shots look absolutely spot on. The seven-year-old can be seen hitting the ball with absolute ease and has perfected her footwork at such a young age. Michael Vaughan, former England captain in his tweet wrote, "Have a look at this video .. Pari Sharma .. 7 yrs old .. Her movements are as good as they get". West Indian batsman Shai hope tweeted the same video and said, " When I grow up I want to be like Pari Sharma".

Indian all-rounder Shikha Pandey got tagged by a Twitter user by the name of Rhys Morgan in the comments section of the video and said, "@shikhashauny You need to find this player". To this, Shikha Pandey responded saying, "And take a few classes! #sogood". Shikha Pandey is an all-rounder and has been a regular in T20I's and ODI's for the country.

Cricket fans from around the world praised Pari Sharma's batting technique and her footwork.

Last year, Shafali Verma, the Indian opening batsman made her debut for the country. Soon after her debut, Shafali Verma became a household name after breaking Indian batting legend Sachin Tendulkar's record and became the youngest player to score a half-century in international cricket.

Shafali Verma was just a fifteen-year-old when she broke Sachin Tendulkar's record. Verma achieved the feat in her fifth T20I for India against West Indies. During the match, Verma smashed 73 runs off just 49 balls which helped India win the game by 84 runs later.

Shai Hope Shikha Pandey Cricket
Get the latest updates on ICC T20 Worldcup 2022 and CWG 2022 check out the Schedule, Live Score and Medals Tally. Like us on Facebook or follow us on Twitter for more sports updates. You can also download the NDTV Cricket app for Android or iOS.