Jadeja then agreed with Vaughan but told him that he has no idea how to cut the grass. "@michaelvaughan yes but I don't know how to cut it #coronaeffect," Jadeja said. 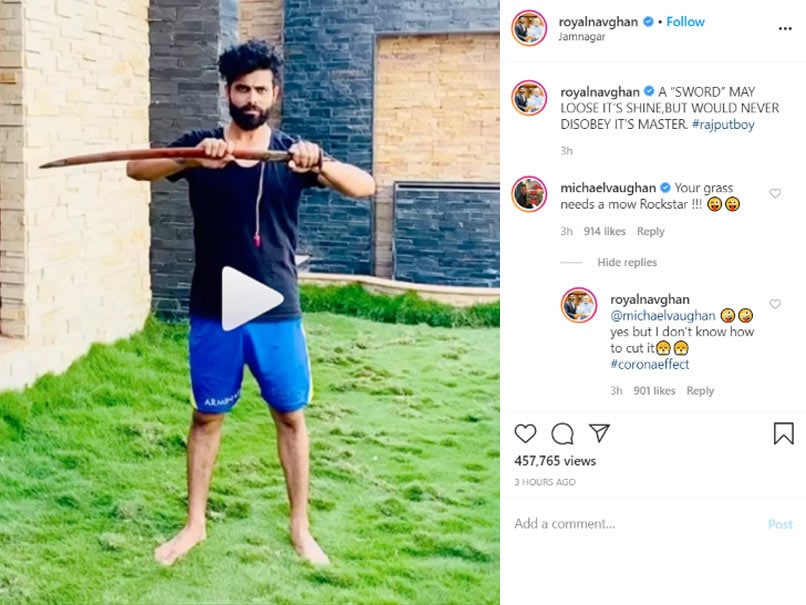 In the video, Warner tried his hand at the sword-wieldingcelebration for a commercial shoot which he did for his Indian Premier League franchise SunRisers Hyderabad.

In his post, Warner asked his fans for their opinion on how he did as compared to Ravindra Jadeja.

Cricketers from all over the world are using social media to interact with their fans and urging them to stay indoors as the coronavirus pandemic wrecks havoc worldwide.

The cricketing calendar has been thrown into chaos due to the ongoing coronavirus crisis. All major international cricket series were cancelled while the start of lucrative Indian Premier League, originally scheduled for March 29, was delayed until at least April 15.

The coronavirus pandeic has affected more than 1.8 million people worldwide.