Michael Vaughan Says "Sport Is Secondary To What's Happening" Around Us 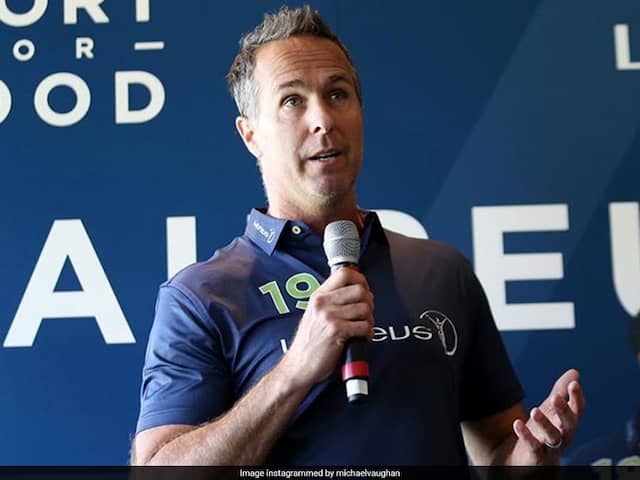 Former England captain Michael Vaughan believes the coronavirus pandemic has created "unprecedented times" which can also hit the men's T20 World Cup slated to be held later in the year in Australia. The COVID-19 outbreak has claimed over 20,000 lives across the world so far and has brought the entire world to a standstill. It has affected all the major sporting events, including the Olympics which has now been postponed till next year.

The cricketing world has also been badly affected as all the activities have been postponed or cancelled.

"The most important thing when we start talking about sport is that it's really secondary to what's happening to many people around the world," Vaughan told Fox League Live on Thursday.

"You would hope it's going to be okay by then but you just don't know," Vaughan said about T20 World Cup slated to be held in October and November.

"These are unprecedented times. The advice that we're getting here is changing daily. Only two weeks ago we were all thinking it was just a real bad case of the flu, then a few days later reality started to sink in for many of us that it was a lot worse than that," he added.

Cricket Australia chief Kevin Roberts had earlier said he is hoping that the T20 World Cup could be played as per schedule in normal circumstances.

"We're really hoping that all forms of sport can be played again in a few weeks or a few months' time," Roberts was quoted as saying by cricket.com.au.

"None of us are experts in this situation obviously, so our hope is that we're back in very much normal circumstances come October and November when the men's T20 World Cup is to be played."

Australia, who in February successfully hosted the Women's T20 World Cup, will host the men's event beginning with the pre-qualifiers from October 18-23 followed by the main 12-team competition from October 24.

In the March 8 summit clash of the Women's T20 World Cup between India and Australia, Melbourne Cricket Ground witnessed a record crowd in excess of 86,000 spectators and Cricket Australia is expecting yet another full house for the final of the men's event scheduled to be played on November 15.

"And at this stage we're planning on November 15, to have a full house at the MCG to inspire the world through men's cricket as the women's cricketers did here just last week," Roberts said.

Comments
Topics mentioned in this article
Michael Vaughan Cricket
Get the latest Cricket news, check out the India cricket schedule, Cricket live score . Like us on Facebook or follow us on Twitter for more sports updates. You can also download the NDTV Cricket app for Android or iOS.