"What A Delight To Watch You Play": Taapsee Pannu Tweets Smriti Mandhana 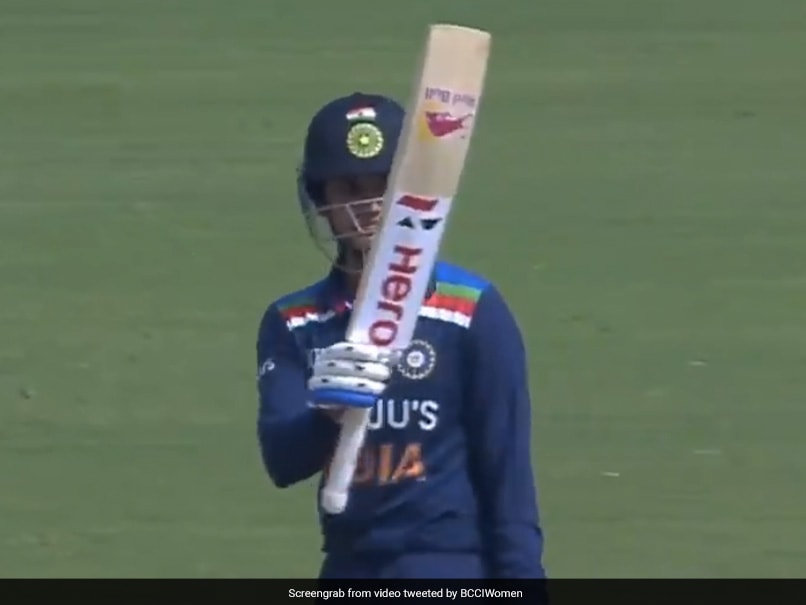 Smriti Mandhana hit an unbeaten 80 off 64 deliveries in the 2nd ODI against South Africa Women.© Twitter

India Women opener Smriti Mandhana played a brilliant unbeaten knock of 80 off 64 deliveries to help her team beat South Africa Women by nine wickets in the second ODI to level the five-match series at 1-1. Mandhana smashed three sixes and 10 boundaries as India Women chased down their 158-run target in less than 30 overs. The left-handed opener played some gorgeous strokes and her knock caught the eye of actor Taapsee Pannu, who took to Twitter to lavish praise on her.

"@mandhana_smriti what a delight to watch you play," tweeted Taapsee Pannu, who is set to play Mandhana's ODI captain Mithali Raj in her upcoming Bollywood biopic.

After Mithali Raj won the toss and opted to bowl, veteran seamer Jhulan Goswami took four wickets as South Africa Women were bundled out for 157.

In return, Mandhana got India off to a strong start. She hit the first two deliveries she faced for sixes to set the tone.

Despite losing her opening partner Jemimah Rodrigues in the fifth over, Mandhana kept going at a brisk pace.

Punam Raut, in at no.3, got off to a slow start, but Mandhana ensured that India didn't come under pressure.

She brought up her half-century by hitting consecutive boundaries in the last two deliveries of the 20th over.

Mandhana kept up her tempo as Raut also picked up the pace, eventually finishing with 62 off 89.

Mandhana brought up the win for India, with two consecutive boundaries as they finished at 160/1 in 28.4 overs.

She was named player of the match for her stunning knock.

South Africa Women Jhulan Goswami Cricket
Get the latest updates on SA vs IND 2021-22, check out the Schedule and Live Score . Like us on Facebook or follow us on Twitter for more sports updates. You can also download the NDTV Cricket app for Android or iOS.