Rain is expected to play spoilsport in the opening game as India gear up to face South Africa in a three-match ODI series at home. 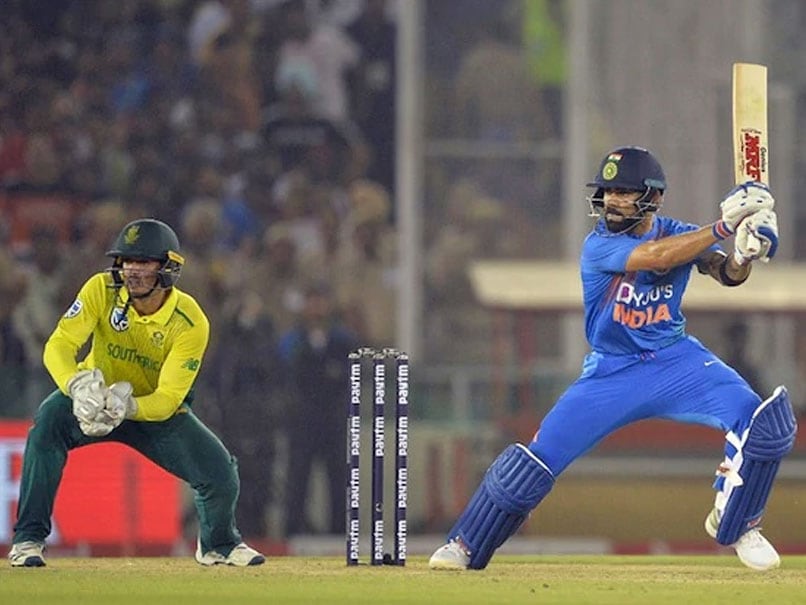 Virat Kohli will look to get some runs under his belt after a disappointing New Zealand tour.© AFP

India, boosted by the returns of Hardik Pandya, Shikhar Dhawan and Bhuvneshwar Kumar, will be looking to put the nightmares of the New Zealand tour behind them as they gear up to face South Africa in the first One-day International (ODI) of the three-match series at Dharamsala on Thursday. However, the trio might have to wait for their international return as weather is expected to play spoilsport. According to weather reports, heavy rain is predicted for the match day.

India captain Virat Kohlihad a torrid time with the bat in New Zealand, scoring just 75 runs in the three ODIs as India suffered a 0-3 whitewash in the 50-over format.

In that series, India missed experience in their batting line-up as the New Zealand seamers caused problems for the visitors.

The return of Shikhar Dhawan and Hardik Pandya make India favourites going into the series but the hosts cannot afford to take South Africa lightly.

Captained by Quinton de Kock, South Africa recently completed a series sweep over Australia at home and they will be coming into the tour brimming with confidence.

Faf du Plessis and Rassie van der Dussen, who were rested for the ODIs against Australia, are part of South Africa's touring party.

Janneman Malanearned his maiden India tour call as the 16th member of the squad after his match-winning ton in the second ODI against Australia.

The second and third ODIs will be held at Lucknow (March 15) and Kolkata (March 18).

Shikhar Dhawan Cricket India vs South Africa, 1st ODI
Get the latest updates on IPL 2021, check out the IPL 2021 Schedule and Indian Premier League Live Score . Like us on Facebook or follow us on Twitter for more sports updates. You can also download the NDTV Cricket app for Android or iOS.