Janneman Malan made a strong claim for inclusion when he scored a match-winning 129 not out in the second match against Australia in Bloemfontein on Wednesday. 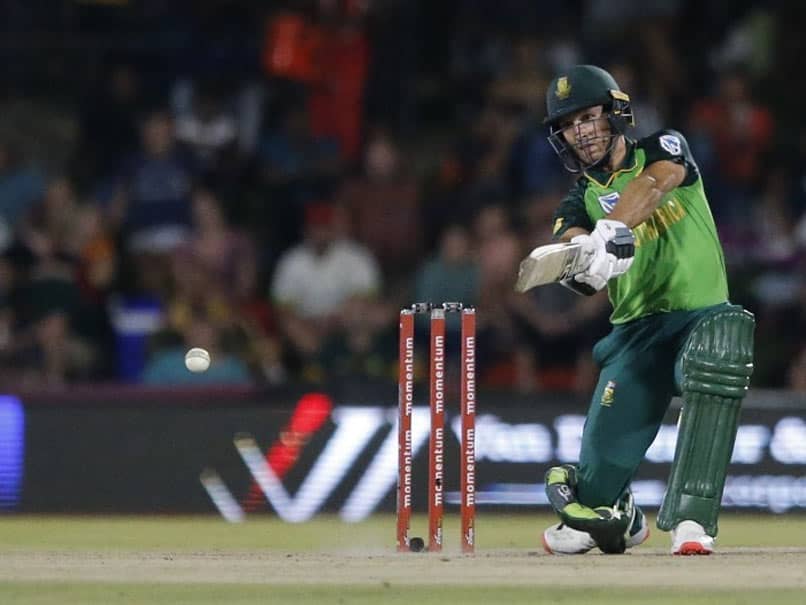 Janneman Malan has been added to South Africa's squad for three ODIs in India.© AFP

Opening batsman Janneman Malan has been added to South Africa's squad for three one-day internationals in India, Cricket South Africa announced on Saturday. Malan will be part of a 16-man squad which will depart from Johannesburg on Sunday. The first match is in Dharamshala on Thursday. Malan, 23, was not included in a squad which was announced last Monday after being out first ball on his one-day international debut against Australia two days earlier.

#BreakingNews Proteas opening batsman, Janneman Malan has been included into the team's ODI tour to India. They will now travel with a 16-man squad for the three-match series taking place in Dharamshala, Lucknow and Kolkata.
The team departs for India tomorrow morning. #INDvSA pic.twitter.com/hs4vjXc3zr

He made a strong claim for inclusion when he scored a match-winning 129 not out in the second match against Australia in Bloemfontein on Wednesday.

Malan made 129 not out to enable South Africa to chase down a target of 272 and seal the series with a game to spare -- their first win in five series in all formats in home internationals this season.

Malan, 23, was out for a first-ball duck on his ODI debut in the first match in Paarl on Saturday and was not selected in a 15-man squad which will depart on Sunday for a three-game tour of India.

The younger brother of Test batsman Pieter Malan gave credit to Jon-Jon Smuts (41), Heinrich Klaasen (51) and David Miller (37 not out), with whom he shared partnerships of 91, 81 and an unbeaten 90 after captain Quinton de Kock had been bowled in the first over by Mitchell Starc.

"They were great partners to have in the chase," said Malan. "My partners kept me calm when I was itching a bit.

India Cricket Team Janneman Malan Cricket
Get the latest updates on IPL 2021, IPL Points Table , IPL Schedule 2021 , live score . Like us on Facebook or follow us on Twitter for more sports updates. You can also download the NDTV Cricket app for Android or iOS.