Janneman Malan hit a match-winning century against Australia as South Africa clinched the ODI series with a game to spare. 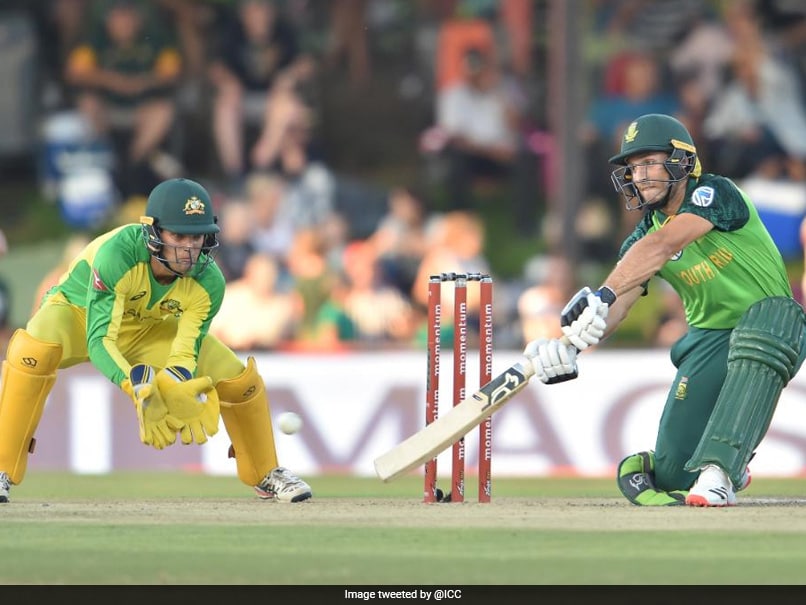 Janneman Malan, snubbed for South Africa's upcoming tour of India, hit a match-winning century as the Proteas clinched their one-day international series against Australia with a six-wicket victory in the second match at the Mangaung Oval on Wednesday. Malan made 129 not out to enable South Africa to chase down a target of 272 and seal the series with a game to spare -- their first win in five series in all formats in home internationals this season.

Malan, 23, was out for a first-ball duck on his ODI debut in the first match in Paarl on Saturday and was not selected in a 15-man squad which will depart on Sunday for a three-game tour of India.

The younger brother of Test batsman Pieter Malan gave credit to Jon-Jon Smuts (41), Heinrich Klaasen (51) and David Miller (37 not out), with whom he shared partnerships of 91, 81 and an unbeaten 90 after captain Quinton de Kock had been bowled in the first over by Mitchell Starc.

"They were great partners to have in the chase," said Malan. "My partners kept me calm when I was itching a bit."

He made his runs off 139 balls and hit seven fours and four sixes.

Malan had to share the man-of-the-match award with fast bowler Lungi Ngidi, who took six for 58.

Then Ngidi took three more wickets as Australia could score only 49 runs for the loss of six wickets in the last 10 overs of their innings.

South Africa were behind Australia on comparative totals until the last five overs of the innings. Finch said his team had finished 20 or 30 runs short because of their costly late-innings collapse.

"When you've got 'in' batters batting right to the end it makes a huge difference," he said.

Ngidi said: "I was given the challenge before the game by the coach (Mark Boucher) to knock over the big three."

Finch and Warner posted 50 off the first 37 balls of the innings before Ngidi had Warner caught at cover. He followed up by dismissing Steve Smith and Marnus Labuschagne off successive balls.

Labuschagne's wicket was Ngidi's 50th in his 26th ODI -- the fastest South African to the landmark.

D'Arcy Short, who gained a place on the tour when Glenn Maxwell was ruled out because of surgery, made 69, his maiden one-day international half-century, before he was out in the 42nd over to start Australia's slide.

Lungi Ngidi Cricket
Get the latest updates on ICC T20 Worldcup 2022 and CWG 2022 check out the Schedule, Live Score and Medals Tally. Like us on Facebook or follow us on Twitter for more sports updates. You can also download the NDTV Cricket app for Android or iOS.