India vs New Zealand: Shikhar Dhawan Gets Emotional As Son Seeks Him Out On Television

Dhawan scored a fine half-century in the second ODI with New Zealand. 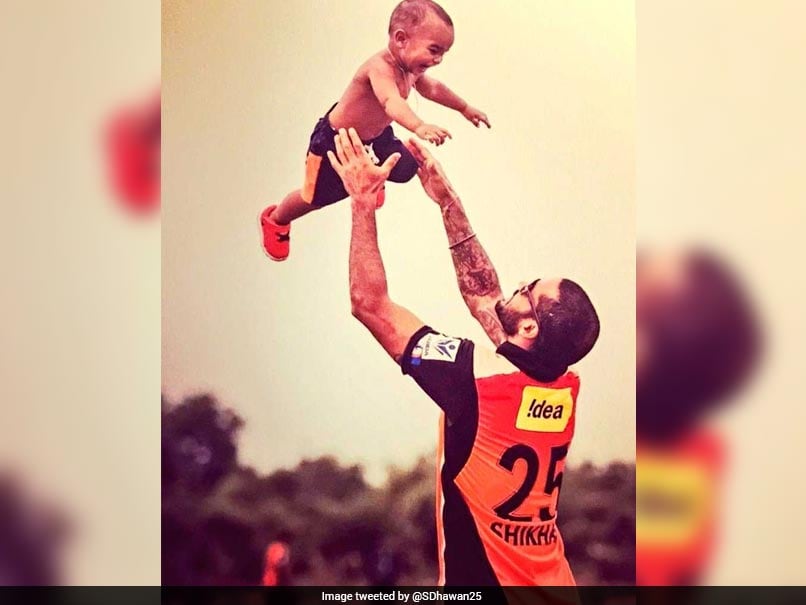 Shikhar Dhawan, like most Indian cricketers, is quite active on different social media and does not fail to profess his love for his son, Zoraver, by uploading various pictures or videos. Dhawan, on Thursday, uploaded a video on Twitter where Zoraver can be seen waiting for his father to appear on the television during the second One-day International (ODI) against New Zealand on Wednesday. As the video plays, Zoraver can be seen pointing towards his father when he appears on the television. "Dil bhar aaya video dekh ke, jis tareeke se zoraver mujhe dhoondh rha hai. Mera pyaar aur duyaaein hamesha mere bachon ke saath hain.luv u", says the video caption.

The left-handed batsman scored a brilliant 68 to build a solid base for the Indian team to level the three-match ODI series 1-1 at Pune. In his innings, Dhawan hit five boundaries and two sixes and recorded a strike rate of 80.95.

During the post-match conference, India skipper Virat Kohli, lauded the efforts of the Indian bowlers, especially Jasprit Bumrah and Bhuvneshwar Kumar, and the fielders for their clinical performance on-field.

Seconding Kohli, Dhawan also heaped praise on Bhuvneshwar Kumar and said he is the best death overs bowler in the world.

"He (Bhuvneshwar) has raised his bar and I feel he is at a very high level. His control over the bowling is very good. Not just at the start but other variations. Even when he bowls slower ball and knuckle ball he makes sure he lands it in the right areas," he said.

"The way he got that left-hander out (Colin Munro), it was because he pitched that ball in the right area and even when it comes in the death over, he is the best bowler. Best bowler in the world I guess, the way he bowls yorkers."

Bhuvneshwar was adjudged as the man of the match for ending with figures of three for 45.