Nobody saw Dhoni's Test cricket retirement coming and that surprise element was visible againwhen he decided to step down from limited-overs captaincy. In a sense, the good old stump mic has become the only source for fans to get a peek inside Mahi's head. 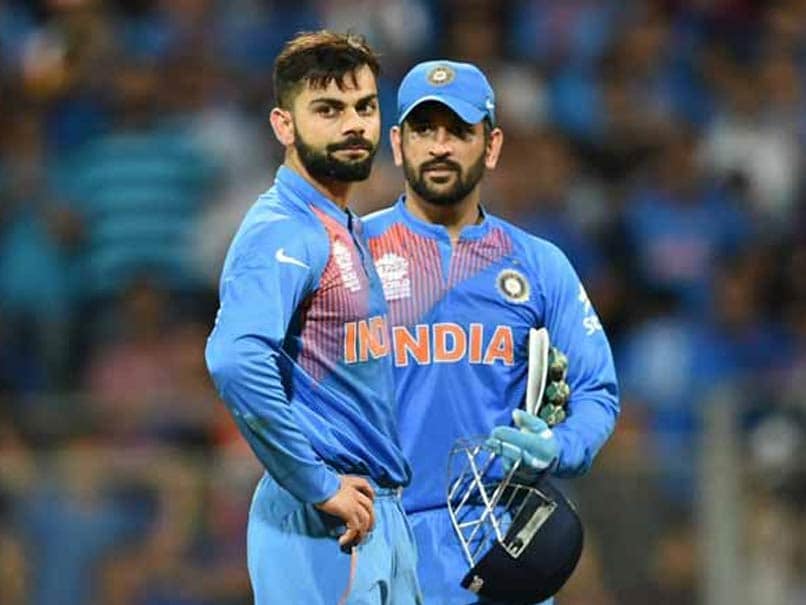 Mahendra Singh Dhoni has often been described as a cricketing enigma. During his successful tenure as captain, neither fans nor cricket experts could fathom how he arrived at some of the most important decisions on the field. The wicketkeeper-batsman rarely speaks to the media and isn't exactly social-media savvy. Nobody saw Dhoni's Test cricket retirement coming and that surprise element was visible again when he decided to step down from limited-overs captaincy. In a sense, the good old stump mic has become the only source for fans to get a peek inside Mahi's head.

The 2nd ODI between India and New Zealand offered fans another chance to gauge Dhoni's cricketing acumen when the stump mic picked up some interesting tidbits.

Dhoni was also heard asking Kohli whether he should re-set the field.

"Cheeku, ek ball aur rakhegaa, (Cheeku, will you keep it for a delivery more). Ek ball jo pehle rakhaa tha mein catch ke liye (A delivery ago as I had placed it for a catch)."

Leg-spinner Yuzvendra Chahal had earlier, during an interview with NDTV, alluded to how Dhoni plays a key role in field settings.

"Sometimes, when Kohli bhai fields at mid-on or long-on, then we need someone who can guide us too. It is not possible for Kohli to come up and tell what needs to be done. Then, Dhoni takes over," Chahal said.

Chahal explained how Dhoni signals to Kohli and tells him to relax in whatever position he is fielding at.

"Dhoni signals Kohli to remain at his place. He says - tu wahi reh, mai dekh lunga (You stay there, I will handle)," Chahal added.

Comments
Topics mentioned in this article
India Cricket Team Virat Kohli MS Dhoni India vs New Zealand Cricket
Get the latest updates on IPL 2021, IPL Points Table , IPL Schedule 2021 , live score . Like us on Facebook or follow us on Twitter for more sports updates. You can also download the NDTV Cricket app for Android or iOS.