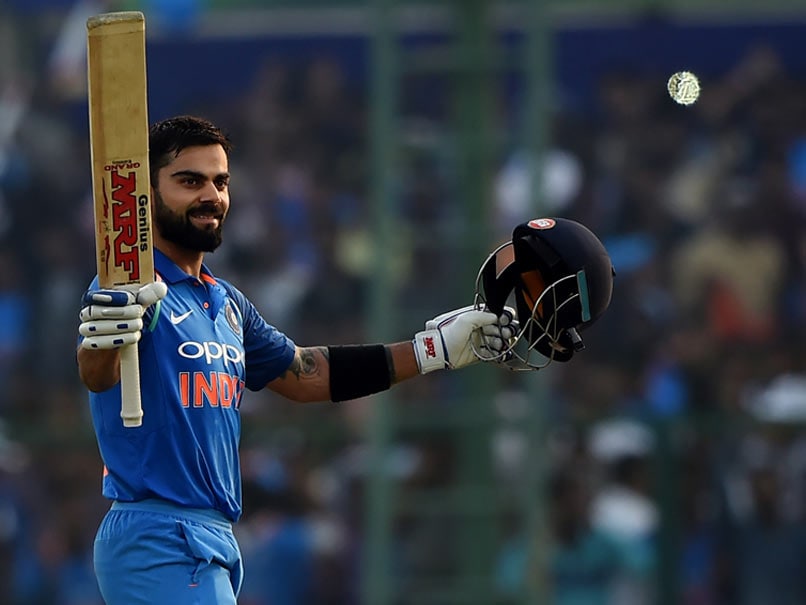 Indian skipper Virat Kohli notched up his 32nd One-Day International (ODI) century during the third and final ODI match between India and New Zealand at Green Park stadium, Kanpur. During his innings, Kohli also became the fastest cricketer to score 9,000 ODI runs, reaching the landmark in 194 innings. The stylish right-hander became the sixth Indian to achieve the milestone. Kohli tops the charts ahead of AB de Villiers, who achieved the landmark in 205 innings and former India captain Sourav Ganguly (228 innings).

Apart from this, he has the most number of ODI runs in a year by a captain, followed by former Australian captain Ricky Ponting, who scored 1,424 in 2007.

Kohli now also has over 2,000 runs in 2017 across all international formats.

After losing Shikhar Dhawan early, Kohli and Rohit Sharma steadied the Indian innings as they stitched together a massive 230-run partnership. By doing so, Kohli-Rohit registered their 12th-century stand for India in ODIs behind Sachin Tendulkar-Sourav Ganguly (26) and Tendulkar-Virender Sehwag (13).

Terrific effort, @imVkohli! Congratulations on your century and on becoming the fastest to reach to 9K runs. Wish you many more. #INDvNZ pic.twitter.com/QrUEFQYhaY

number 32, watching a game from the start after a long time. Top knock from @imVkohli , over to the bowlers now to seal another series.

Kohli, who smashed his century in 96 balls, hit eight boundaries and one six. The 28-year-old batsman is also one century short of 50 international hundreds in all formats. Currently, he is has 49 international centuries - 32 in ODIs and 17 in Tests.

Kohli's knock helped India earn a scintillating victory against the Kiwis in a nail-biter. The Men in Blue also won seventh straight series in ODIs.

Comments
Topics mentioned in this article
India Cricket Team New Zealand Cricket Team Rohit Sharma Virat Kohli Green Park, Kanpur India vs New Zealand Cricket
Get the latest updates on SA vs IND 2021-22, check out the Schedule and Live Score . Like us on Facebook or follow us on Twitter for more sports updates. You can also download the NDTV Cricket app for Android or iOS.