India vs Ireland: MS Dhoni's Daughter Ziva Cheering For Hardik Pandya Is The Cutest Thing You Will See Today

The Men in Blue bowled out the hosts for just 70 runs and recorded a comprehensive 143-run victory to win the series 2-0. 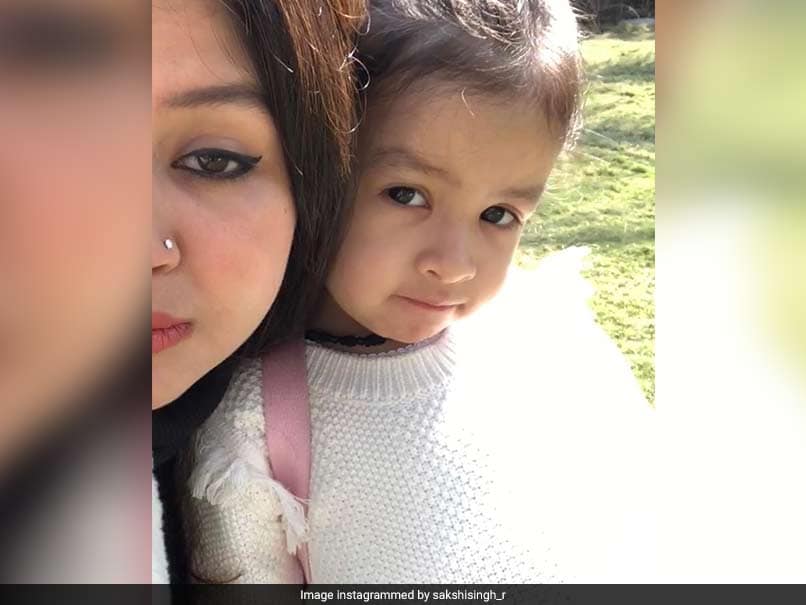 The video was shared with Hardik Pandya by MS Dhoni's wife Sakshi.© Instagram

Team India all-rounder Hardik Pandya displayed nerves of steel on Friday as he smashed a 10-ball 32 in the 2nd T20I against Ireland to propel India's total to 213/4 in 20 overs. After staying unbeaten, he also impressed with the ball as he took a wicket and gave away just 10 runs in 2 overs at an economy rate of 5. The Men in Blue bowled out the hosts for just 70 runs and recorded a comprehensive 143-run victory to win the series 2-0. After the win, Pandya took to Instagram and credited former captain MS Dhoni's daughter Ziva Dhoni for getting his form back. He shared a video of Ziva, with the caption, "Oh I think that I found myself a cheerleader ?? ?????????? @zivasinghdhoni006 ??????Video courtesy: @sakshisingh_r. In the video shared with Pandya by Dhoni's wife Sakshi, the 3-year old was seen cheering for the right handed-batsman. "Come on! Come on, Hardik," Ziva said in the video.

Oh I think that I found myself a cheerleader @zivasinghdhoni006 Video courtesy: @sakshisingh_r

India completed the formality of a 2-0 win in Ireland on Friday with their biggest ever T20 victory, by 143 runs.

Siddarth Kaul, who took 21 wickets in the IPL this year, was given his debut on Friday and took a wicket in his second over although once again it was the spin twins Kuldeep Yadav and player of the series Yuzvendra Chahal who ripped through the Ireland line-up, sharing six wickets as Ireland were bowled out in just 12.3 overs for 70.

After clinching the two match T20I series against Ireland, India will now travel to England for a 3 T20Is, 3 ODIs and 5 Test match series.

MS Dhoni Ireland vs India, 2nd T20I
Get the latest updates on T20 World Cup, check out the T20 World Cup Schedule and Live Score . Like us on Facebook or follow us on Twitter for more sports updates. You can also download the NDTV Cricket app for Android or iOS.