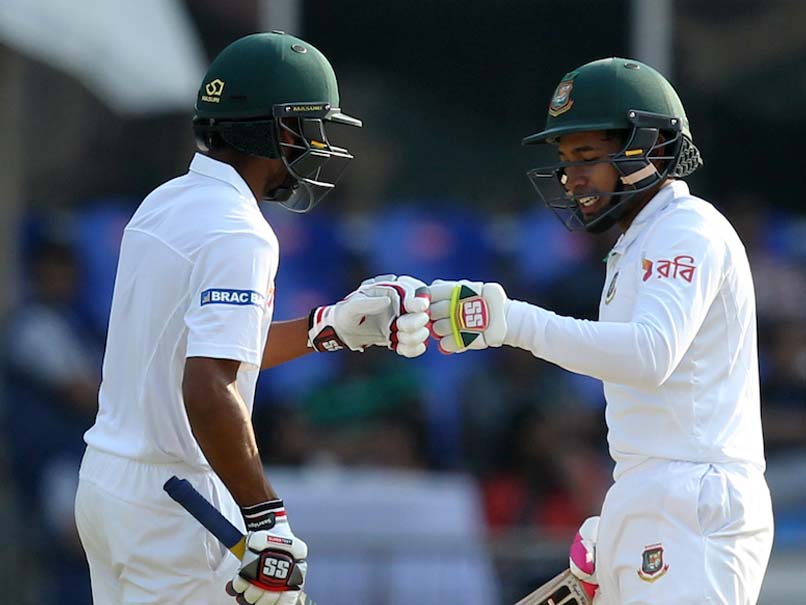 Bangladesh skipper Mushfiqur Rahim and youngster MehediHasan were unbeaten on scores of 81 and 51, respectively, as the visitors resisted India's charge in the Hyderabad Test at stumps on Day 3. Rahim played a well-calculated knock and combined with Mehedi for an unbeaten 87-run partnership for the seventh wicket to help Bangladesh finish the third day's play at a score of 322/6 on Saturday. India had declared their innings at 687/6 on Friday.

Earlier, Shakib Al Hasan scored 82 as Bangladesh recovered from the jolt of losing four early wickets in their innings. Shakib was involved in a 107-run partnership with Mushfiqur, while the latter got together with Mehedi in an attempted rescue act later in the day.

Starting the day on 41 for one, the visitors made their way to 125-4 at lunch with Indian pacers compounding Bangladesh's woes in their first-ever Test on Indian soil.

The hosts had put themselves in a commanding position on Friday after skipper Virat Kohli smashed 204, steering the team to a record total of 687-6 declared against Bangladesh.

On the other hand, Mushfiqur, who took 35 balls to move from 46 to 50, tackled the Indian spinners with patience on a pitch that still looked good for batting.

Rahim took a nasty blow on his finger from pacer Ishant Sharma in the final over of the day, only to hit the bowler for a boundary off the very next delivery.

The captain found a perfect partner in Hasan to stage a fightback after the visitors were left reeling at 235 for six in the afternoon session.

They went into tea at a score of 246/6, but Mushfiqur and Mehedi's partnership offered hopes of an unlikely revival at stumps.

Comments
Topics mentioned in this article
Cricket India Cricket Team Bangladesh Cricket Team Mushfiqur Rahman Mehedi Hasan Umesh Yadav
Get the latest updates on Fifa Worldcup 2022 and check out  Fifa World Cup Schedule, Stats and Live Cricket Score. Like us on Facebook or follow us on Twitter for more sports updates. You can also download the NDTV Cricket app for Android or iOS.