Hardik Pandya was suspended by the BCCI for sexist comments on a TV show. 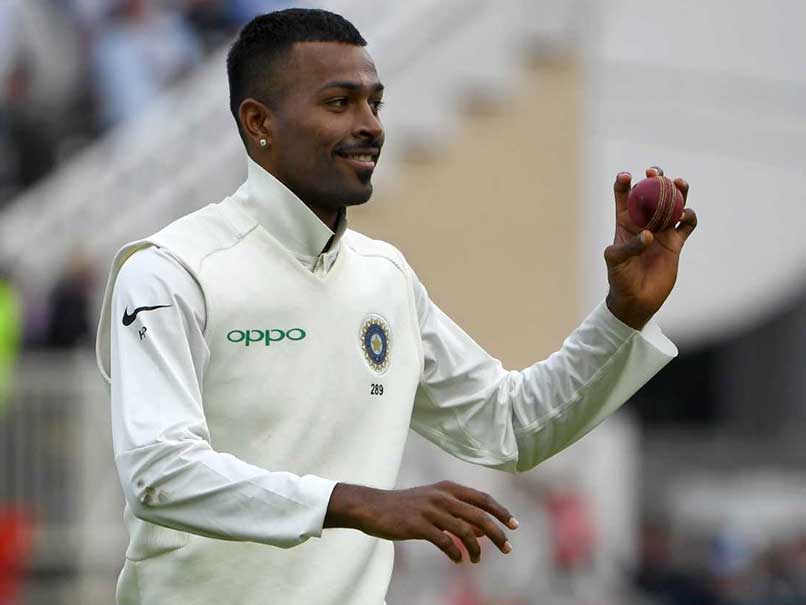 Hardik Pandya has developed himself as a key member of the Indian cricket team.© AFP

Hardik Pandya has developed himself as a key member of the Indian cricket team in the last few years. After Hardik Pandya was suspended and ousted from the three-match One-Day International (ODI) series against Australia for his sexist comments on a TV show, the visiting India lost the first match before levelling the series during the Adelaide ODI. However, senior team India member Shikhar Dhawan believes that Hardik Pandya provides the right balance to the team which is very crucial.

"The balance that Hardik (Pandya) creates when he is in the team is very crucial," Dhawan acknowledged in the pre-match press conference.

"Even when Kedar (Jadhav) plays, the overs of off-spin he bowls are very beneficial for us and I would say he is our golden arm as he always takes wickets when he comes on. So often, he has broken big partnerships. An all-rounder in Tests and limited-overs cricket is equally important," he added.

The Baroda-based Pandya had made his international debut in 2016. Since then, he has impressed in all-three formats with his all-round performances.

The 25-year-old Pandya has represented the national team in 11 Tests, 42 ODIs and 35 Twenty20 Internationals (T20Is). He averages over 30 in Test cricket and scalped 17 wickets at a bowling average of 31.05.

Pandya had last represented India during an Asia Cup 2018 match against Pakistan where he had sustained an injury, He was supposed to make a comeback in the ongoing ODI series against Australia after recovery.

However, in the day earlier, the Supreme Court adjourned proceedings on all BCCI matters for a week with suspended Indian- cricketers Pandya and KL Rahul's wait for a closure to the furore over their sexist comments getting longer.

India Cricket Team Hardik Pandya Cricket
Get the latest updates on ICC Women's Cricket World Cup 2022 and IPL 2022, check out the Schedule , Live Score and IPL Points Table. Like us on Facebook or follow us on Twitter for more sports updates. You can also download the NDTV Cricket app for Android or iOS.