Andrew Tye has featured in seven ODIs for Australia. 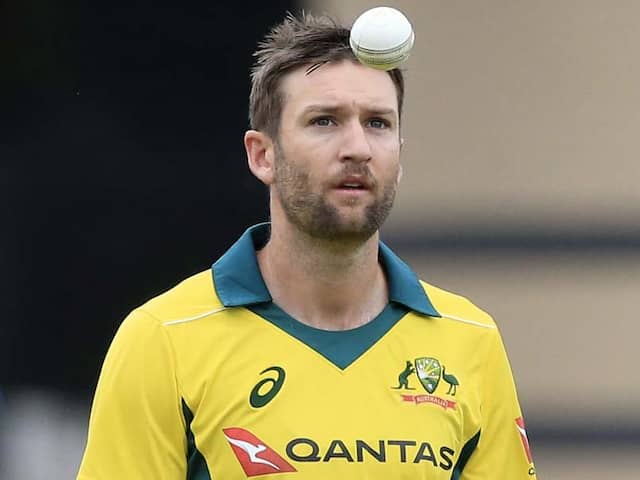 Medium-pacer Andrew Tye will replace injured Kane Richardson in the Australia squad for the One-day International (ODI) series against India, Cricket Australia announced on Wednesday. Pacer Kane Richardson sustained the injury while batting in the nets in Hyderabad, last week ahead of the first T20 international (T20I) in Vizag. The 28-year-old trained on Tuesday in Bengaluru and after bowling a handful of balls, he left the practice nets and took no further part in training.

Australia team physio David Beakley on Richardson's injury said, "Kane reported some left side pain at training prior to the opening T20I in Vizag."

"Unfortunately he has not recovered well enough in order to play a further part in the tour.

"Kane will return home to continue his rehabilitation, and we (will) monitor his progress over the coming weeks," Beakley added.

Following the injury, Australia are left with four pacers for the final T20I against India in Bengaluru. Premier Australian pacers Mitchell Starc and Josh Hazlewood were earlier ruled out of the India series with their respective injuries.

Tye has featured in seven ODIs for Australia. He has picked 12 wickets in this format with the best bowling figures of 5/46.

Australia will face India in the first of five-match ODI series, starting on March 2 in Hyderabad.

Kane Richardson Andrew Tye Cricket
Get the latest Cricket news, check out the India cricket schedule, Cricket live score . Like us on Facebook or follow us on Twitter for more sports updates. You can also download the NDTV Cricket app for Android or iOS.