Kane Richardson faces an anxious wait to determine the extent of his back injury with Australia set to announce their World Twenty20 squad later this week. 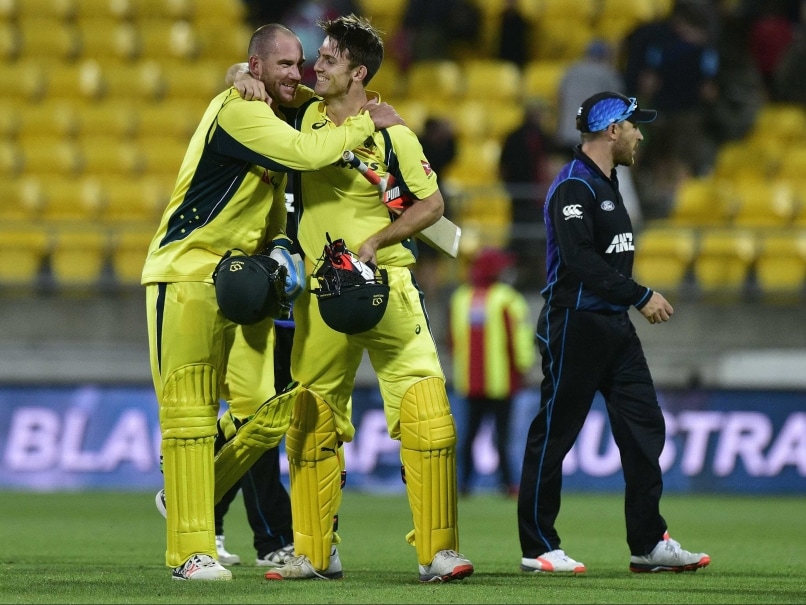 Paceman Kane Richardson has been ruled out of Australia's final one-day international against New Zealand with back trouble and will be replaced by Joel Paris, Cricket Australia said on Sunday. (Warner, Mitchell Marsh Ensure Revenge For Australia)

Richardson was a late withdrawal from Saturday's second ODI and CA said he would return home "for further investigation into the issue". (James Faulkner Out of New Zealand One-Day Series)

Paris had been with Western Australia's Sheffield Shield squad in Lincoln, New Zealand, where he took four wickets for 37 in the drawn match against New South Wales.

Paris made his ODI debut in this season's ODI series against India.

Richardson faces an anxious wait to determine the extent of his back injury with Australia set to announce their World T20 squad later this week.

Australia levelled the three-game Chappell-Hadlee Trophy ODI series with a four-wicket win over the Black Caps in Wellington on Saturday.

The third and final match will be played in Hamilton on Monday.

Paceman James Pattinson is also with the Australia squad in New Zealand but he has been instructed to focus on the first Test against New Zealand in Wellington starting on February 12.

Comments
Topics mentioned in this article
Australia Cricket Team New Zealand Cricket Team Kane Richardson Joel Paris Cricket
Get the latest updates on India vs Australia Series, check out the India vs Australia Schedule for 2020-21 and Ind vs Aus live score . Like us on Facebook or follow us on Twitter for more sports updates. You can also download the NDTV Cricket app for Android or iOS.