If Players Wanted A Coach Who Would Let Them Go Shopping, Then Anil Kumble Wasn't The Man: Sunil Gavaskar

Former India captain Sunil Gavaskar came down heavily on reports suggesting that Anil Kumble was a hard taskmaster and that didn't go down well with some of the Indian players. 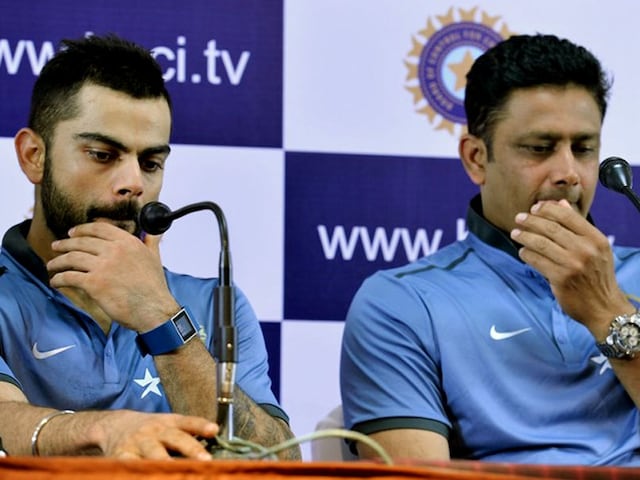 Former India captain Sunil Gavaskar came down heavily on reports suggesting that Anil Kumble was a hard taskmaster and that didn't go down well with some of the Indian players. Speaking exclusively to NDTV on Tuesday, Gavaskar said, "So you want softies. You want somebody to just tell you, 'ok boys, don't practice today because you guys are not feeling well, ok take a holiday, go shopping'. You want that kind of a person. If somebody is a hard taskmaster and he has got you results like Anil Kumble has got over the last one year. If any of the players are complaining, I feel those players are the ones who should be left out of the team."

"But what this is sending a signal for the next coach is either bow down to what the players want you to do, otherwise you, like one of India's cricket legends Anil Kumble, you will have to step down and that is a sad, sad, sad message," added Gavaskar.

Asked about Kumble decision to step down and whether it meant Virat Kohli sent negative signals, Gavaskar said, "Once the CAC (the Cricket Advisory Committee) had given its ok, I would have thought that Anil would carry on. I have very little idea about the differences between the two (Kohli and Kumble), if at all there were any differences, but it is a sad day because he has been one of the greatest cricketers that India has produced and for him to not want to do the job for whatever reason, and perhaps he might come up with the reasons over the next couple of days but that is really sad for Indian cricket."

Elaborating on the differences between the two, Gavaskar went on to add, "There will always be differences in a group of more than two or three people. That's bound to happen when you are in a tense situation... India has won everything since the time Anil took over. I can't see Kumble doing much wrong in one year and the only reason this kind of a day has come is clearly because there has to be something which didn't quite gel in that group."

As to who would take over as the next India coach, Gavaskar said," I don't know who will fill his shoes. Maybe for the moment in the West Indies, you will just have somebody like a Sanjay Bangar who is very well respected in the team to take over because it is a short trip but before India goes to Sri Lanka, the coach has to be appointed. It could well be Sanjay Bangar again, although he has not thrown his hat in the ring. Because he has got the experience of coaching. It is for the CAC to take a call on that."

Comments
Topics mentioned in this article
India Cricket Team Virat Kohli Anil Kumble Sunil Gavaskar Cricket
Get the latest Cricket news, check out the India cricket schedule, Cricket live score . Like us on Facebook or follow us on Twitter for more sports updates. You can also download the NDTV Cricket app for Android or iOS.