It was India's aggressive championing of Bangladesh's cause that proved decisive, led by Dalmiya who was ICC president in 2000 after years at the helm of the Board of Control for Cricket in India (BCCI) 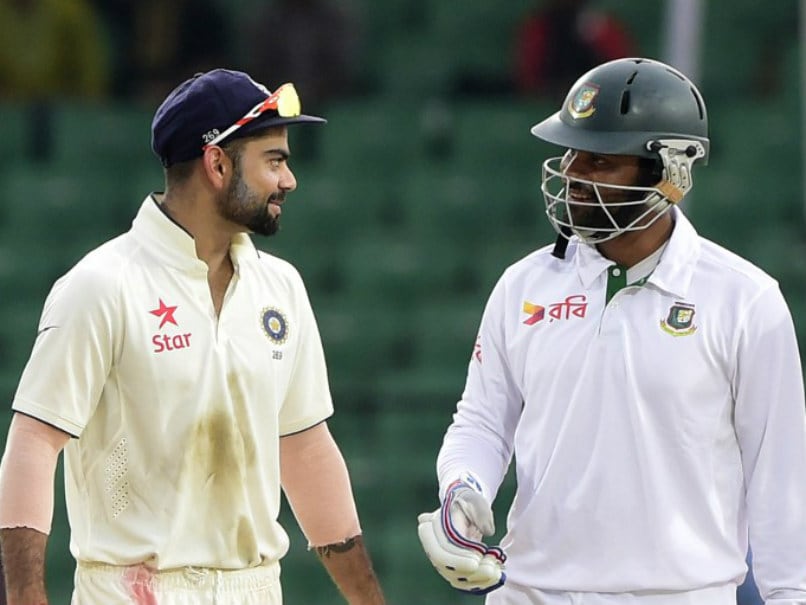 India will host Bangladesh for the first time in Test cricket. The two teams will play an one-off Test.© AFP

When India host a Test match against Bangladesh for the first time this week, it marks the culmination of a political power play which helped change the dynamics of world cricket. The invitation to the one-off match in Hyderabad was a long time coming but the tourists remain grateful to their hosts for pushing their claim for Test status, a move that was beneficial to both sides. India had aggressively supported Bangladesh's entry into Test cricket and it finally bore fruit in 2000 when Bangladesh were given a Test status.

"I think it was a very far-sighted move. Some would say it was political in terms of getting one more vote... in the ICC. That's a cynical way of looking at it," said Dileep Premachandran, editor-in-chief of Wisden India.

"Others would say he (Jagmohan Dalmiya) recognised the kind of passion that people in Bangladesh have for the game and, in the long run, the sport would benefit hugely from that."

The virtually unanimous decision to make Bangladesh the 10th Test-playing nation was taken by the International Cricket Council (ICC) in June 2000.

But it was India's aggressive championing of Bangladesh's cause that proved decisive, led by Dalmiya who was ICC president in 2000 after years at the helm of the Board of Control for Cricket in India (BCCI).

By working with Pakistan and Sri Lanka, Dalmiya had already loosened the grip of the game's traditional elite England and Australia, with the 1987 and 1996 World Cups co-hosted by the three South Asian teams.

And he knew that the presence of another of India's neighbours at cricket's top table would change the dynamic once and for all when it came to decisions such as where to hold major tournaments.

While the first three ODI World Cups all took place in England, the last three Twenty20 world championships have taken place in India, Bangladesh and Sri Lanka with the South Asian bloc now able to call the shots.

India, who are the largest contributors to the ICC coffers, even have a guarantee of staging at least one major tournament every two years.

When Dalmiya died last year, Bangladesh's board said its "entry into the Test arena was the result of his foresight and sincere cooperation".

Senior cricinfo editor Sharda Ugra said Dalmiya "upset a lot of countries" by championing Bangladesh's cause but understood the benefits of building an Asian bloc that could challenge the established order.

"Dalmiya was the first Asian ICC president, he was the first one from outside the old bloc of countries that were there. He had to fight a massive battle," Ugra told AFP.

"His whole talk was that of globalising the game but ultimately it was to sort of strengthen his powerbase."

"Getting Bangladesh into Test cricket was a significant move," Shukla told AFP, saying that Dalmiya was one of a number of BCCI chiefs who helped Bangladesh achieve its goal.

More recently, England and Australia were at the forefront of a push to create a two-tier Test system but the idea was shot down by India, much to the relief of

Bangladesh who are ranked ninth out of the 10 teams.

But despite both championing their admission into Test cricket and then saving them from the ignominy of playing in a second division, India are the last team to host Bangladesh in a five-day match.

Some experts say India did extend earlier invites but Bangladesh preferred to host the games themselves, to maximise television revenues.

Ugra however said India had ironically shown less respect to Bangladesh than countries who were lukewarm about their admission in the first place.

"A lot of other countries have paid a lot more respect and attention to Bangladesh... than India has," she said.

"You keep going and visiting their country, which financially helps their board no doubt, but at the same time you need to show the respect to host them regularly."

Comments
Topics mentioned in this article
India Cricket Team Bangladesh Cricket Team BCCI International Cricket Council Cricket
Get the latest updates on ICC T20 Worldcup 2022 and CWG 2022 check out the Schedule, Live Score and Medals Tally. Like us on Facebook or follow us on Twitter for more sports updates. You can also download the NDTV Cricket app for Android or iOS.