The decision against Conway looked extremely dicey as the ball had pitched on the middle stump and it seemed that it would have gone on to miss the leg stump. 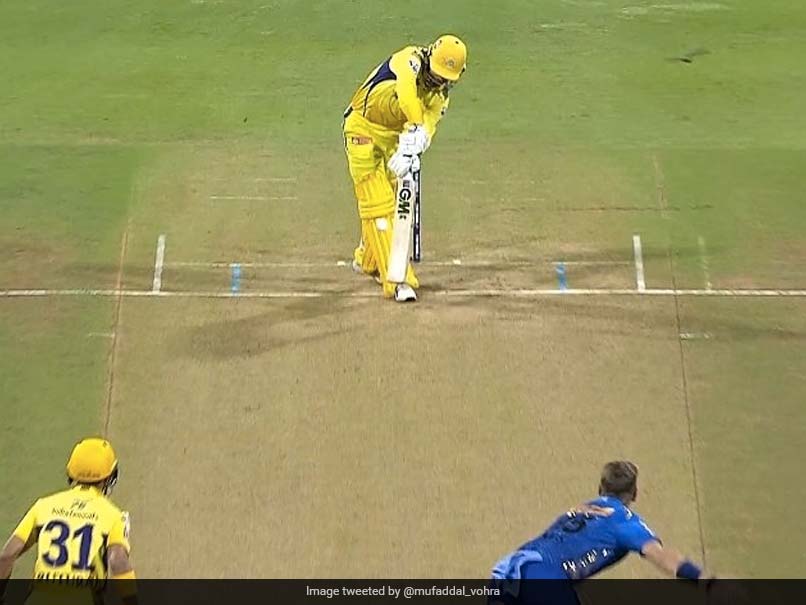 Chennai Super Kings were off to a disastrous start in their match against Mumbai Indians at the Wankhede Stadium as they lost their opener Devon Conway and Moeen Ali in the very first over to Daniel Sams. Things got worse as Jasprit Bumrah removed Robin Uthappa in the second over of the match.

In fact, neither the Mumbai CA, which is the local association nor BCCI, the organisers of the tournament, offered any official explanation of power outage and short circuit on record but off-record put the blame on each other.

A BCCI source told news agency Press Trust of India that "short-circuit" happened in one of the power supply outlets which was directly linked to the DRS system and hence it could not be set up initially.

"The DRS system had to be reset after normalcy was restored and it became available after the first 10 balls," the source informed.

Even the toss was delayed as one of the light towers was also facing problems.

The decision against Conway looked extremely dicey as the ball had pitched on the middle stump and it seemed that it would have gone on to miss the leg stump.

Commentators, including former India captain and batting maestro Sunil Gavaskar, were unanimous in their opinion that it was a poor decision and that the ball would have missed the stumps.

For Conway, it was a disappointing end as he was dismissed for a duck, bringing to a halt a run of three consecutive fifties as he scored 85*, 56, 87 in CSK's last three matches.

Even Robin Uthappa wanted to review his decision as he was struck on the pads by Bumrah and given out by the umpire. But the DRS facility was still not available. This time though the decision looked correct as the ball had pitched in line and the commentators felt that it would have hit the stumps.

The problem was fixed before the end of the second over as informed during the broadcast by commentators.

Wankhede IPL 2022 Cricket
Get the latest updates on IPL Auction 2023 and check out  IPL 2023 and Live Cricket Score. Like us on Facebook or follow us on Twitter for more sports updates. You can also download the NDTV Cricket app for Android or iOS.