Pakistan fast bowler Hasan Ali has been ruled out of two home Tests against Sri Lanka with a rib fracture. 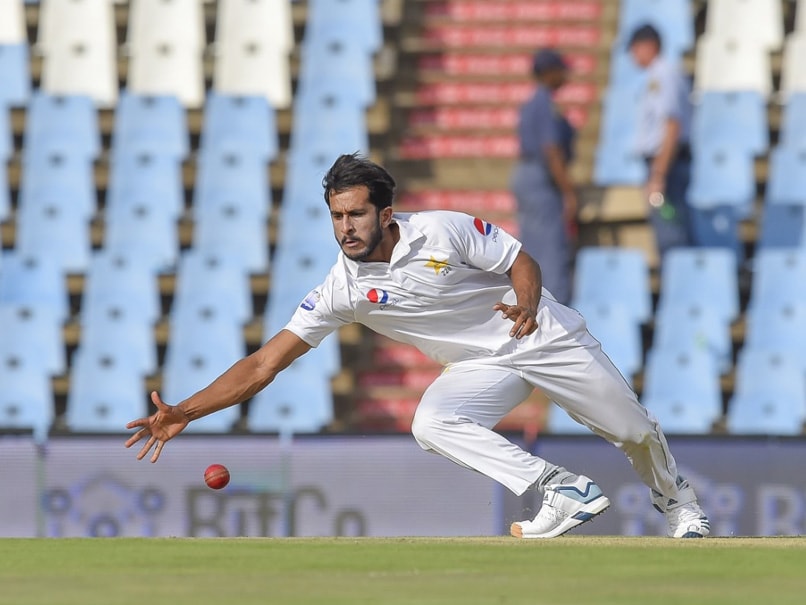 Right-arm Pakistan fast bowler Hasan Ali has been ruled out of two home Tests against Sri Lanka with a rib fracture. The pacer, who was set to feature in the ninth round of the Quaid-e-Azam Trophy for Central Punjab against Khyber Pakhtunkhwa last week, pulled out of the contest following pain in the left rib. He underwent precautionary scans in Karachi that revealed cortical rib fractures, involving ninth rib on the right side and eighth and ninth ribs on the left side, confirmed the Pakistan Cricket Board on Friday.

"The fractures will require up to six weeks to heal and he will start a rehabilitation process at the National Cricket Academy from Monday," stated the PCB in a media release.

He had also missed the three-match T20I series against Australia due to a back problem. Hasan, who has represented Pakistan in 53 ODIs, 30 T20Is and nine Tests, got married to an Indian national in Dubai in August.

Pakistan, who are currently playing Tests in Australia, will be hosting Sri Lanka for two Test matches beginning December 11. Sri Lanka will thus become the first nation to visit Pakistan for a Test series in more than a decade.

Meanwhile, Sri Lanka have announced a full-strength 16-member squad for the Pakistan Tests. The team, led by Dimuth Karunaratne, will leave for Pakistan on December 8 to take part in the series, held under the ongoing ICC World Test Championship.

Dinesh Chandimal, who was part of the Sri Lanka squad during the Test series against New Zealand but did not get a chance to play a game, has been retained in the squad for the series against the Men in Green.

The first match will be played at the Rawalpindi Cricket Stadium from December 11 while the second Test will be held at the National Stadium in Karachi from December 19.

Hassan Ali Cricket
Get the latest updates on T20 World Cup, check out the T20 World Cup Schedule and Live Score . Like us on Facebook or follow us on Twitter for more sports updates. You can also download the NDTV Cricket app for Android or iOS.