Hardik Pandya, a couple of days after impressing his followers with his intense workout video, decided to try hands at "learning something new". 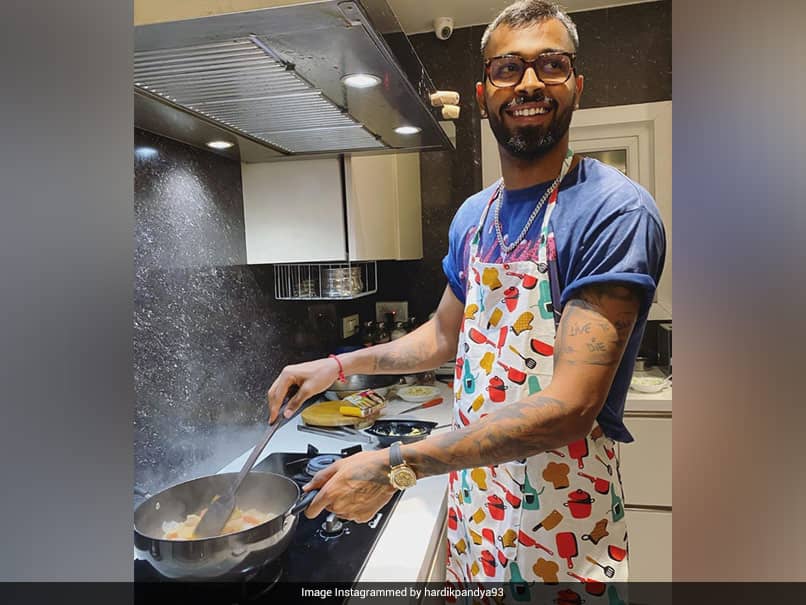 Hardik Pandya decided to try hands at "learning something new" in the kitchen. A day after impressing his followers with his intense workout video, the Indian all-rounder took to Instagram to showcase his culinary skills as he took over the chef duties at the Pandya household and prepared cheese butter masala. In one of the pictures he shared, he can be seen wearing an apron, while the second picture, showcased the final outcome of Hardik's culinary session. "Never too late to try your hand at learning something new. Chef duties at the Pandya household. Swipe for the dish. PS dish is cheese butter masala," Hardik captioned his post.

Never too late to try your hand at learning something new. Chef duties at the Pandya household Swipe for the dish PS dish is cheese butter masala

Just like his workout video, Hardik's latest post also received a lot of comments from his fans, including from some celebrities from different fields.

While most of the people praised Hardik for going out of his comfort and putting in efforts to learn a new thing, his India teammate Shikhar Dhawan couldn't believe that Hardik had prepared the dish all by himself.

Pankhuri, wife of Hardik's elder brother Krunal Pandya, also reacted to his post and described his dish as the "best".

On Saturday, Hardik posted a workout video and challenged his cricketer brother Krunal Pandya to do the same exercise.

"Stronger. Fitter. Still under construction @krunalpandya_official, I challenge you bhai! Let's see how many you can do #PandyaBrothers," Hardik Pandya captioned the video on Instagram.