Hardik Pandya took to Instagram to reveal news of his successful surgery, saying he was "extremely grateful" for all the wishes. 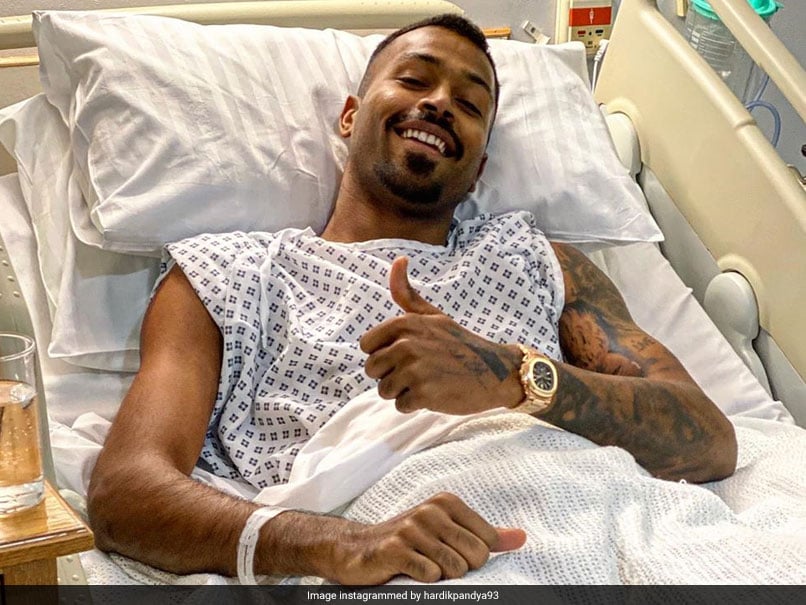 Hardik Pandya said he would be "back in no time" after undergoing a back surgery.© AFP

Hardik Pandya, Indian all-rounder, underwent a "successful" surgery to treat his lower back issue which has ruled him out of cricket for an indefinite period. On Saturday, Hardik Pandya posted an image on Instagram with a caption: "Surgery done successfully. Extremely grateful to everyone for your wishes. Will be back in no time! Till then miss me." The right-handed all-rounder on Wednesday left for the United Kingdom to get his back checked by the same doctor who treated him during India's tour of England in 2018 and the 2019 World Cup.

Hardik Pandya is also set to miss the Twenty20 International (T20I) series against Bangladesh which will be played in India, starting November 3.

The 25-year-old, who has played 11 Tests, 54 ODIs and 40 T20Is, will be an integral part of the Indian team during the next year's World T20 slated to be held in Australia.

De Kock made 111 and put on a key 164-run stand with Elgar, who scored 160, to thwart the Indian bowling attack on day three of the first Test in Visakhapatnam.

Off-spinner Ravichandran Ashwin kept chipping away at the batsmen however to claim his 27th five-wicket haul in 66 Tests.

At stumps on Day 3, the Proteas still trailed by 117 runs as they chase India's first innings score of 502 for seven declared.