Geeta Basra, wife of former cricketer Harbhajan Singh, shared an emotional and a touching message on Twitter, where she congratulated his husband on a successful cricketing career. 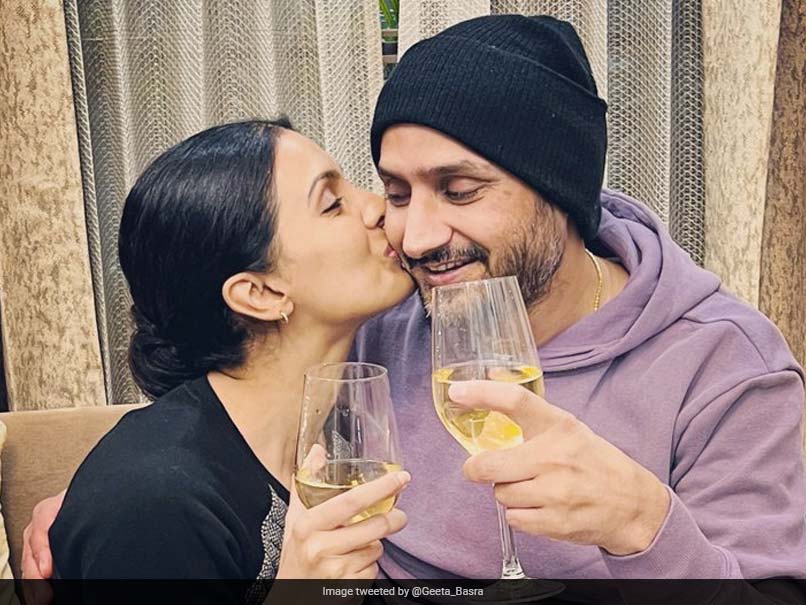 Former Team India cricketer Harbhajan Singh announced his retirement on Friday from all forms of the game. The spinner received a plethora of messages and posts from all quarters of the world, where he was congratulated on having a brilliant and successful career. Among his well-wishers was his wife Geeta Basra as well. Basra shared a long and a touching post on Twitter, reflecting on all the "ups and downs" Harbhajan and his family went through during his cricketing career.

1/4 I know how long u waited for this moment..mentally you had retired a long time ago but officially you were waiting for the right moment.
Today I want to say how proud we are of you and what you have achieved! There is so much more that awaits you on this beautiful road ahead

Geeta added how proud the family was of all his achievements and wrote, "I know how long u waited for this moment. Mentally you had retired a long time ago but officially you were waiting for the right moment. Today I want to say how proud we are of you and what you have achieved! There is so much more that awaits you on this beautiful road ahead."

She talked about the celebrations that followed each victory and the "endless prayers" that went into making it a possibility.

"I will always remember the fun and the excitement along with all the stress and anxiety I had watching you play, the superstitions during every game, the endless prayers, learning the game through you, and celebrating each momentous victory and record you made!," she wrote.

In an emotional family moment, she stated how their daughter Hinaya "got to see her Papa play".

She wrote: "Congratulations on an amazing career Bhajji. Not many can boast of playing for 23 years!!! I'm so fortunate to have been a part of your journey through all the ups and downs n thankful that Hinaya got to see her Papa play (we were your loudest fans in the stadium)."

In the end, she wished Harbhajan all the best for the "doosra chapter" in his life and wrote: "I know the end was not the way u wanted or planned it but as they say destiny is not in our hands you played with grit, passion, fire with your head held high! Wishing u more success & prosperity in life for the 'doosra' chapter ahead. The best is yet 2 come my love @harbhajan3."

India Cricket Team Harbhajan Singh Cricket
Get the latest updates on India vs South Africa and check out  Schedule, Results and Live Score. Like us on Facebook or follow us on Twitter for more sports updates. You can also download the NDTV Cricket app for Android or iOS.