Virat Kohli brought up his fourth double century on the second day of the one-off Test against Bangladesh, sending Twitter into frenzy. 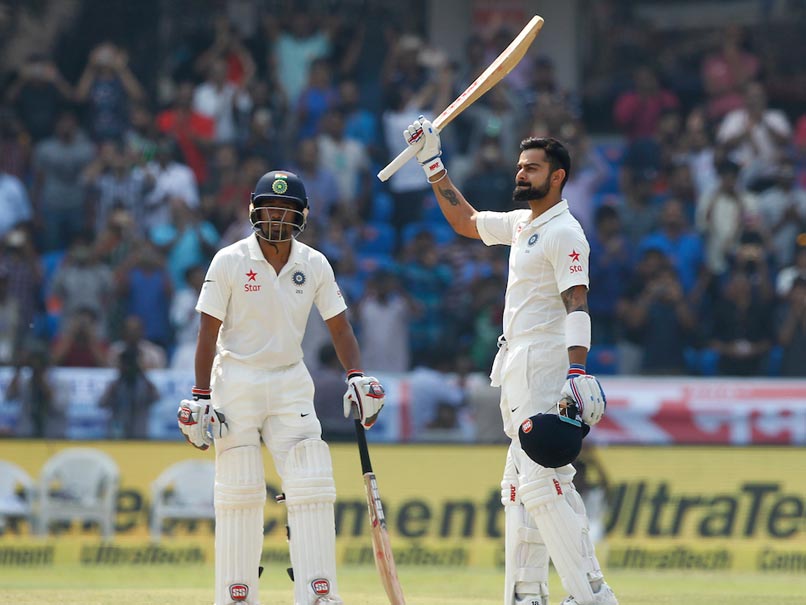 Virat Kohli added another feather to his cap when he yet again breached the 200-run barrier on Friday. Kohli smashed 204 against Bangladesh on Day 2 of the one-off Test being played at the Rajiv Gandhi International Stadium in Hyderabad -- his fourth Test double ton. In the process, Kohli went past Donald Bradman and Rahul Dravid to become the only player to score a double-century in four consecutive series. Sir Don and Dravid had both compiled double-tons in three consecutive series. During his innings, Kohli also registered the most Test runs in a home season, breaking Virender Sehwag's previous record of 1,105 in 17 innings.

India started the day on 356 for three with Kohli unbeaten on 111. The Indian captain carried on from where he left on the first day.

Kohli started the proceedings on Day 2 with a single but soon got into his boundary hitting mode as he smashed Taskin Ahmed for two back to back boundaries to kick off the first session. The Indian captain hit 24 boundaries before getting dismissed on 204, putting India in the driver's seat.

Twitter was soon buzzing as Kohli reached the astonishing feat. Here is a look at some of the top tweets:

4th double hundred in the the last 4 series ! Incredible, raising the bar to the next level everytime he goes to bat captain @imVkohli

Short of adjectives to describe how good @imVkohli is #IndvBan @BCCI

This man #ViratKohli is genius. Congratulations for double century against #Bangladesh in their first Test match in #India #IndvBan

While the entire world applauds India's run machine, the Australians must be dreading thinking about the fact that they have to bowl to Kohli in two weeks time.

Comments
Topics mentioned in this article
India Cricket Team Bangladesh Cricket Team Virat Kohli Virender Sehwag Rahul Dravid Donald George Bradman Cricket
Get the latest updates on ICC T20 Worldcup 2022 and CWG 2022 check out the Schedule, Live Score and Medals Tally. Like us on Facebook or follow us on Twitter for more sports updates. You can also download the NDTV Cricket app for Android or iOS.