Greg Barclay, newly-elected International Cricket Council (ICC) chairman, said the notion he is in favour of bilaterals over ICC events is a false one. 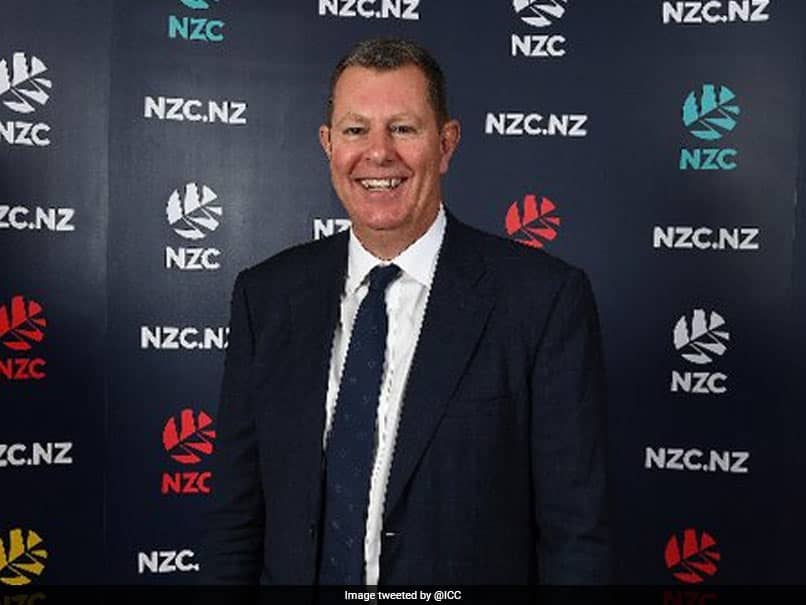 Greg Barclay said he doesn't subscribe to the contest of 'Big Three' at the ICC.© ICC/Twitter

There concept of 'Big Three' doesn't exist for new ICC chairman Greg Barclay, who firmly believes that both bilateral as well as ICC events can peacefully co-exist helping the game's ecosystem. The 'Big Three' was a concept where India, Australia and England were supposed to earn the lion's share of global body's revenue. In the run up to the election, New Zealand's Barclay said a perception was created that he gives importance to bilateral cricket over "everything else" but that is far from the truth.

"There has been a lot of misrepresentation in the media around that (that I am in favour of bilateral cricket over world events. But the fact is, of course I am an advocate of bilateral cricket, it is the lifeblood of cricket in all countries," Barclay said in a video posted on the ICC website.

"...Countries playing each other on a regular basis, sustained competitive relevant competition is what drives fan engagement. It is what drives the development pathways, it is a vital part of cricket. But that doesn't mean that the world events are not as important," said the administrator from New Zealand who has also has BCCI's backing.

"The ICC runs world class events. If you look at what happened with the women's T20 all the way through the final, the ODI World Cup last year, they were amazing events," Barclay said.

"They are pinnacle events no doubt about that. I would need to say they (bilateral and global events) need to work in conjunction with each other, one can't sit in isolation to the other. I am very conscious of the delicate ecosystem that crickets sits on."

He also warned against too much cricket. "Then you are got leagues like the IPL and Big Bash. Then you have to look at the athletes' health, safety and wealth which is paramount. We can't expect them to perform day in and day out through the year," he said.

"Again, we have to balance out that along with fans. At end of the day, it only works if the fans want it."

Barclay time and again reiterated that a wrong notion about his preferences have been fed in the media.

"They (the media) are a massive consideration around what we do so I would like to see those working together. I am sick hearing about the fact I am in favour of bilateral cricket over everything else. I want to see all of it work in perfect harmony," said Barclay.

"There is no big three as far as I am concerned. I don't subscribe to it at all. All members are important and should be treated equally," he said.

"I do accept concerns of members could be different ... I do accept that some of those bigger counties can provide certain outcomes to the ICC along the lines of hosting and revenue so again we need to take that into account and recognise that but there is no big three," he insisted.

Comments
Topics mentioned in this article
Cricket International Cricket Council
Get the latest updates on India vs Australia Series, check out the India vs Australia Schedule for 2020-21 and Ind vs Aus live score . Like us on Facebook or follow us on Twitter for more sports updates. You can also download the NDTV Cricket app for Android or iOS.