India vs Australia: India's ODI record in Australia shows a winning performance the previous time around and they would like to repeat that. 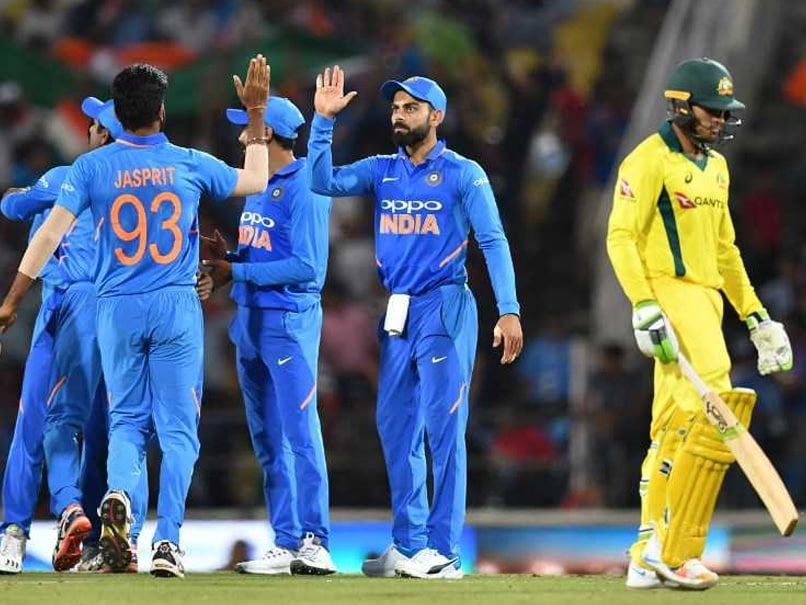 India will take on Australia in a three-match ODI series, followed by the same number of T20Is.© AFP

India begin their tour of Australia with a three-match One-day International (ODI) series starting November 27 with the first ODI at the iconic Sydney Cricket Ground (SCG). The hosts will have the opportunity to settle scores with the visiting Indians, who had beaten them in an ODI series in India at the start of the year. With the absence of Rohit Sharma opening up a slot in India's top order, contenders Shubman Gill, KL Rahul and Shikhar Dhawan could be seen competing for the opener's slot with captain Virat Kohli set to bat at three. Australia have a full-strength squad and they will be led by Aaron Finch.

The last time India played an ODI series in Australia, on the 2018-19 tour, the visitors had emerged victorious 2-1 in a three-match rubber.

Australia had avenged that loss by beating India 3-2 on their return tour in March 2019.

Over the years, the two teams have played many memorable series. Rohit, who will miss this series to recover fully from the hamstring injury he sustained during the Indian Premier League (IPL) 2020, registered the first of his three double centuries against Australia - a magnificent 209 on Australia's 2013 tour.

Results of the last five ODI series between India and Australia:

The second ODI on the 2020-21 tour will also be played in Sydney before the action moves to Canberra for the final ODI at the Manuka Oval.

KL Rahul Cricket
Get the latest updates on IPL Auction 2023 and check out  IPL 2023 and Live Cricket Score. Like us on Facebook or follow us on Twitter for more sports updates. You can also download the NDTV Cricket app for Android or iOS.