Gautam Gambhir was out of favour with the national team after a dip in form and last played a Test back in 2016 against England. 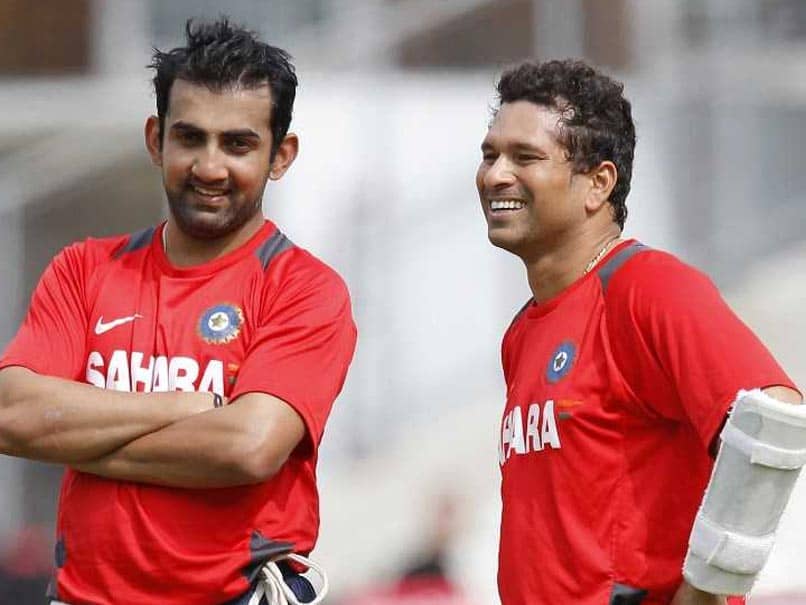 Gautam Gambhir, one of the most underrated Indian batsmen, announced his retirement on Tuesday from all forms of cricket. Gautam Gambhir took to social media and announced the news through a video posted on his official Facebook account. Gautam Gambhir had played a pivotal role in India's 2011 ICC World Cup triumph and his innings at Napier against New Zealand have always remained special for his fans. India cricketer Sachin Tendulkar took to Twitter and congratulated Gautam Gambhir on a "glorious" career and said that he was a "special talent."

Congratulations @GautamGambhir on a glorious career. You were a special talent and had a Gambhir role in our win in the World Cup finals. Batting with you at Napier was extra special. Enjoy your second innings with family and friends! pic.twitter.com/dNpyNfbLe6

The 37-year-old Gambhir, who last represented India back in 2016 against England, will play his final competitive match against Andhra in the 2018 Ranji Trophy. Other than Sachin Tendulkar, other cricketers and politician too took to Twitter to react to the news.

242 matches, 10324 runs - wouldn't have been possible without your hard work & persistence to the field. Thank you for your exemplary contribution to the field of cricket @GautamGambhir it was an honour to share the pitch with you. Wishing you all the success. #ThankYouGambhir https://t.co/RN2iAslO71

All the best for your future @GautamGambhir! Well done on a fantastic career! Proud of what you've contributed to Indian cricket. Best to family.

Congratulations on your fantastic journey @GautamGambhir . I'm extremely happy I had the privilege of sharing a bit of it with you pic.twitter.com/DNxBSZ9daz

@GautamGambhir Thank u for the love & leadership my Captain.U r a special man and may Allah always keep & happy...& u should smile a bit more

Sorry to see@GautamGambhir retire from all cricket. He's one of our most under-appreciated batsmen, an intelligent &thoughtful captain whose accomplishments as a cricketer deserved more applause. &His retirement statement is the best I've seen! https://t.co/oPTnnvxOix

Gambhir, in an 11-minute long video post, said, "The next Ranji Trophy game against Andhra will be my last day in the sun. It is coming to an end where it all started at the Feroz Shah Kotla ground," Gambhir.

Gambhir, one of the most successful batsmen for India, was out of favour with the national team for a while now after a dip in form and last played a Test back in 2016 against England.

"The thought has been with me day and night. It has travelled with me on flights like an irritable excess baggage, it has accompanied me to practice sessions, mocking at me like a menacing bowler. On certain other days, it has made my dinner taste horrible," Gambhir said, elaborating on his thought process leading up to Tuesday's decision.

"Each time I got out playing for India, or KKR or Delhi Daredevils, this thought would turn into a sharp disturbing noise and walk with me all the way to the dressing room shouting that 'it is over Gauti'," he explained.

Gambhir said the thought became overpowering during the 2014 IPL, the lowest ebb being three successive ducks in the tournament and things only got worse for him after that.

"I was searching for my confidence in that deep, dark pit but I could only lay my hands on the same sharp, disturbing noise. It said the same: 'It is over Gauti'," he said.

"So, here I am, after more than 15 years of cricket for my country I want to retire from playing this beautiful game," he added