Explained In Numbers: Indian Bowling Unit's Misery In ODIs Since 2020

India may not possess the batting might of old and in such a situation the role of its bowlers become even more important.

The Indian cricket team was one of the favourites to win the ICC World Cup in 2019 due to its consistent performance in bilateral matches and other tournaments since 2017. Apart from the batting might of India's top three - Rohit Sharma, Shikhar Dhawan and Virat Kohli - the Indian team had found match winners in its bowling arsenal. Be it the pacers or the spinners, they were all capable of turning the match in India's favour with their skills. India had a great run in the tournament but lost out to New Zealand in the semi-final.

Since 2020, India has won series against Australia and England at home and Sri Lanka away from home. But they have also lost away series to Australia and New Zealand. Whether in defeat or in victory, the one thing that has been constant is the Indian bowling unit's inability to keep a lid on runs.

India holds the unwanted statistical record of being the team with the worst economy rate in ODIs since 2020. India is in fact the only team with an average economy of over 6 runs per over in this period. 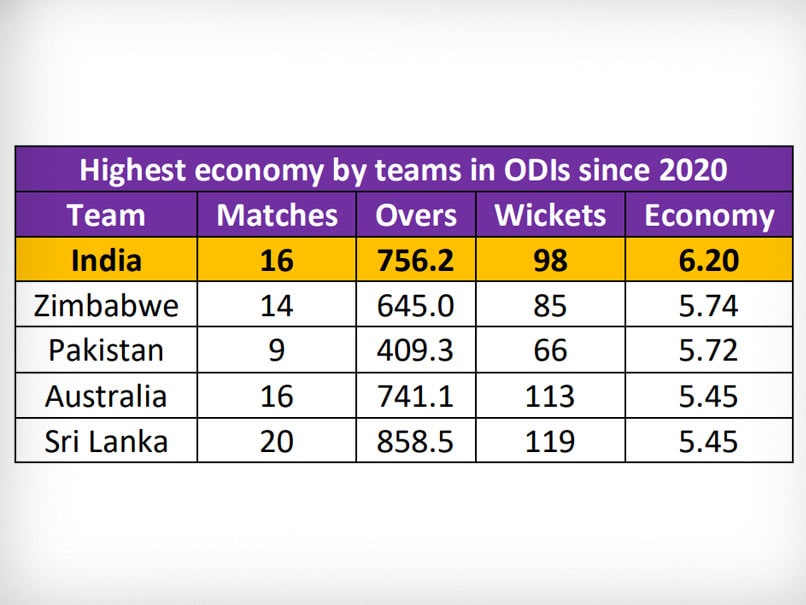 Be it spinners or pacers, every Indian bowler has struggled for form in this period and this is not a good trend. If all goes according to plan, India will be hosting the 2023 ICC World Cup at home and it needs its bowlers to come good on the difficult tracks at home. 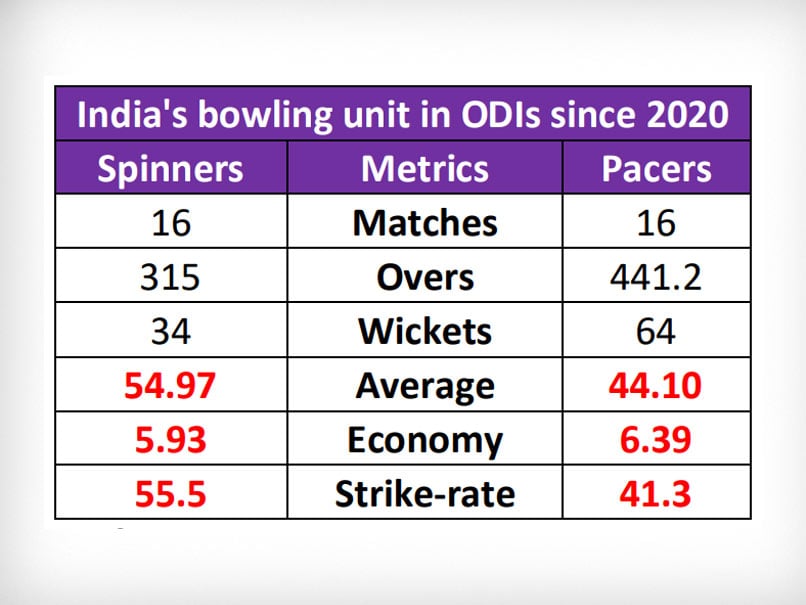 It must be noted that the Indian team is going through a period of transition at the moment. Rohit Sharma, Virat Kohli and Shikhar Dhawan are still there but they are not getting any younger and the challenges of international cricket take a toll on everyone, with Kohli being a perfect example of the same.

India may not possess the batting might of old and in such a situation the role of its bowlers become even more important.

Yuzvendra Chahal South Africa vs India 2021/22 Cricket
Get the latest updates on ICC Women's Cricket World Cup 2022 and IPL 2022, check out the Schedule , Live Score and IPL Points Table. Like us on Facebook or follow us on Twitter for more sports updates. You can also download the NDTV Cricket app for Android or iOS.