After a batter was hit on the box by a fielder's throw from the deep in the European Cricket Series, the commentator had a priceless reaction. 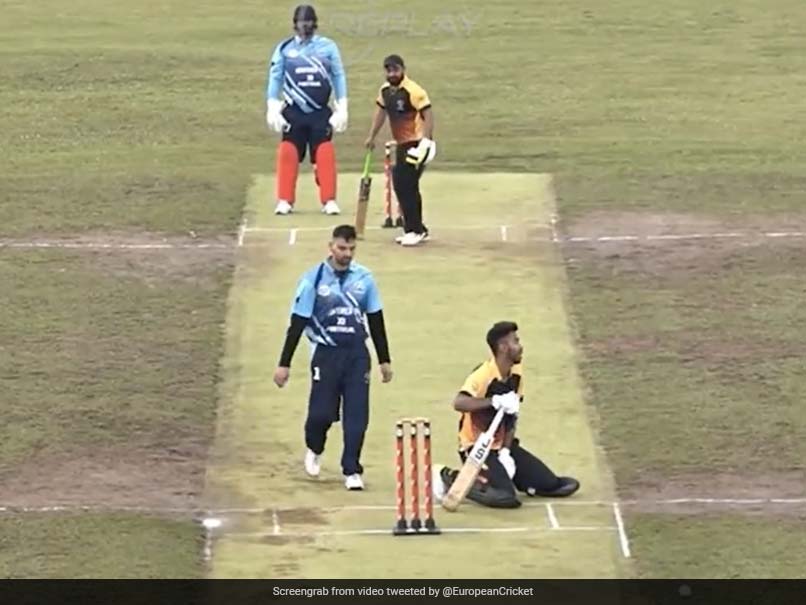 MD Shaikat was writhing in pain after being hit by the fielder's throw.© Twitter

The European Cricket Series often provides several entertaining moments and it was no different in the match between Indian Royals and Brothers XI Portugal on Thursday. The Royals were chasing 71 in six overs in a rain-hit match when opener MD Shaikat hit the ball towards midwicket, where the fielder misfielded. Shaikat and his opening partner Amandeep Khokhar decided to make the most of it and looked to run three. Shaikat was running to the crease at the non-striker's end, though, when disaster struck for him.

As he was about to reach the crease, the throw from the fielder hit him square on the box, leaving Shaikat writhing in pain.

While the batter was left hurting, the commentators burst out laughing as they saw the funny side to the incident.

Even Shaikat's partner could not hide his smile as he walked over to check on him.

Shaikat was out the very next delivery for 27 off 8.

The match ended in a tie, with the Royals managing to score 70 in 6 overs.

Indian Royals scored 70/3 from their designated 6 overs, with Shaikat finishing as their top-scorer. Devender Mehla also chipped in with 15 off 11 as the match ended in a tie, with Brothers XI getting the Golden Ball.