On the final ball of the 10th over, Tristan Stubbs pulled off a brilliant catch to dismiss Moeen Ali 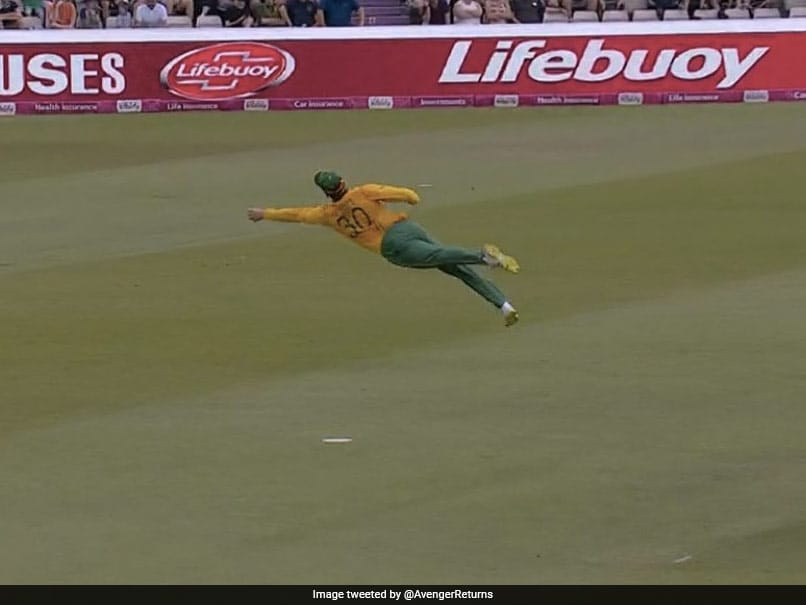 Jos Buttler's captaincy reign in white-ball cricket has not gotten off to a good start as England lost the three-match T20I series against South Africa. In the decider, the Three Lions suffered a 90-run loss after failing to chase down 192 runs. However, the game would be remembered for one of the most spectacular catches pulled off by Tristan Stubbs in the 10th over of England's innings.

Aiden Markram had the ball in his hand, and on the final ball of the over, Stubbs pulled off a left-handed stunner, diving full length to his left. Ali closed the face of his bat, ending up getting a leading edge. The ball went up in the air, and Stubbs just pulled off a blinder.

One of the best catches you'll ever see

Talking about the 3rd T20I between England and South Africa, the latter batted first and posted 191/5 in 20 overs, owing to a 70-run knock from Reeza Hendricks. Aiden Markram also played an unbeaten knock of 51 runs while skipper David Miller scored 22 runs off just 9 balls.

Tabraiz Shamsi then took five wickets with the ball in hand, as England were bundled out 101 for inside 17 overs. Shamsi returned with a spell of 5-24 in his four overs.

Both teams will now square off in three Tests, beginning August 17 at Lord's, London.

Tabraiz Shamsi Cricket
Get the latest updates on ICC T20 Worldcup 2022 and CWG 2022 check out the Schedule, Live Score and Medals Tally. Like us on Facebook or follow us on Twitter for more sports updates. You can also download the NDTV Cricket app for Android or iOS.