Mohammad Rizwan said the conditions were difficult for batting and felt that England too would not find it easy on this pitch. 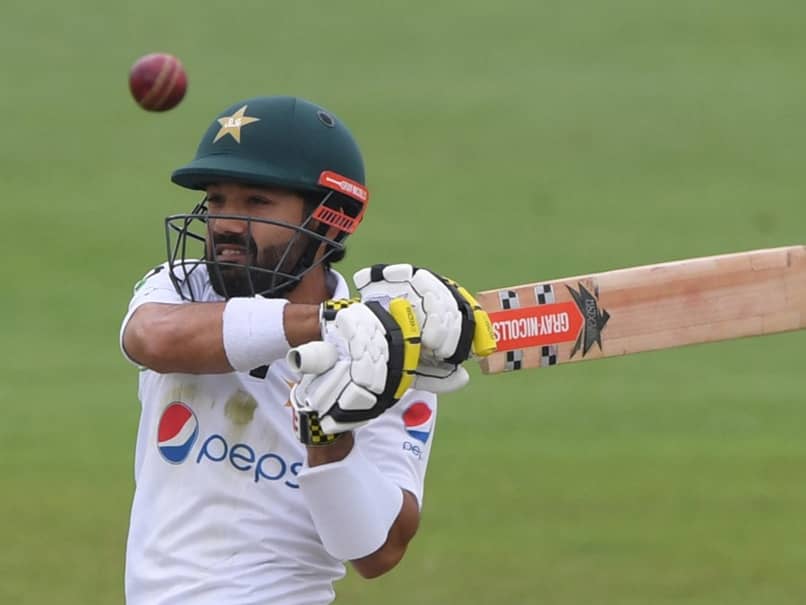 Mohammad Rizwan believes that England will not find batting easy at Ageas Bowl in Southampton.© AFP

Pakistan wicketkeeper batsman Mohammad Rizwan believes that England will not find batting easy at Ageas Bowl in Southampton. Rizwan's remarks came after the close of play on day two of the second Test of the three-match series. The right-handed batsman remained unbeaten on 60 as Pakistan ended the day at 223/9. For England, James Anderson and Stuart Broad have taken three wickets each. "They were difficult conditions, not too dissimilar to some of the wickets in the north in Pakistan. Places like Abbottabad and Peshawar, particularly. But this was the first time in my career I saw the ball seam after 75 overs, right until they took the new ball. I've never seen anything like it before. It'll be very difficult for England, too. They won't find batting easy," ESPNCricinfo quoted Rizwan as saying.

The second day of the match got off to a delayed start due to rain. In the first session, only 15 overs were bowled with Babar Azam and Rizwan managing to survive that period.

However, in the second session, Azam (47) was dismissed by Stuart Broad, and from there, wickets fell in a cluster. Rizwan had to take on the charge.

"When we had Babar with me, I was being compact. But when he got out and the tail came in, I knew I would have to go searching for the runs. In this format, you have these phases. At times, you have to stay calm and work hard to preserve your wicket. It would be silly to throw your wicket away when you have Babar alongside you, but the situation changed when he got out. When the tail came in, I attacked, and that worked out very nicely," Rizwan said.

"This was a new experience for me. When I play domestic cricket, I bat in the top five, so here, batting with the tail was a learning process for me. When we were coming on and off due to rain and bad light, I spoke to Misbah-ul-Haq and Younis Khan, and they gave me plenty of advice on how to play. But to negotiate the situation batting with the tail, and how to build up the innings for myself and the team, is very much a learning process and this was a good start," he added.

Pakistan had lost the first Test to England by three wickets, and need to either draw or win the second Test to stay alive in the series.

England Cricket Team Mohammad Rizwan England vs Pakistan, 2nd Test Cricket
Get the latest updates on IPL 2020, check out the IPL Schedule for 2020 and Indian Premier League (IPL) Cricket live score . Like us on Facebook or follow us on Twitter for more sports updates. You can also download the NDTV Cricket app for Android or iOS.