Pakistan were 223/9 when bad light led to an early close of the second day, with Mohammad Rizwan unbeaten on 60. 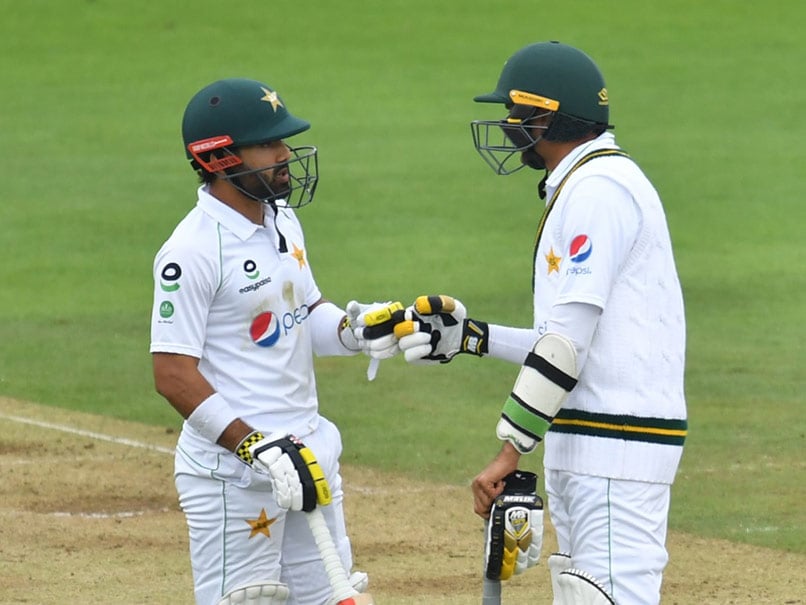 Mohammad Rizwan frustrated England as he marked Pakistan's Independence Day with a fine unbeaten fifty in the second Test at Southampton on Friday. Pakistan were 223-9when bad light -- despite the Ageas Bowl floodlights being on full beam -- led to an early close of the second day. Rizwan was 60 not out after more than three hours at the crease.

It was the wicketkeeper's second fifty in eight career Tests following his 95 against Australia in Brisbane in November.

But Mohammad Abbas, who made two off 20 balls, gave Rizwan staunch support in a stand of 39 before he was lbw to Stuart Broad.

Fortunately for the umpires, in a series being played behind closed doors because of the coronavirus, there were no angry spectators when they halted play for bad light 10 minutes after tea, with neither the batsmen nor the fielders appearing to be in any more danger of injury than they had been moments earlier.

In overcast conditions ideally suited to England's four-man pace attack, Pakistan creditably got through the hour's play that took place in the morning after a rain delay without losing a wicket as they reached lunch on 155-5.

But Babar Azam, in for nearly two-and-a-half hours, was eventually undone for 47 when he edged an excellent full-length Broad delivery that moved away late to wicket-keeper Jos Buttler.

But the England gloveman could not hold a difficult legside chance when Rizwan, on 14, miscued a hook off Broad.

Yasir Shah, who had briefly frustrated England with the bat during Pakistan's three-wicket defeat in the first Test at Old Trafford last week, was caught behind going for a booming drive off James Anderson.

His exit saw Anderson move to within seven wickets of becoming the first paceman to take 600 Test wickets.

And Pakistan were 176-8 when Shaheen Afridi was run out for a duck with Dom Sibley, running round from the slip cordon, throwing down the stumps at the bowler's end.

Rizwan, however, cleverly uppercut left-arm paceman Sam Curran over the slips for four before driving Chris Woakes through extra-cover for another boundary.

England took the new ball but, bizarrely, still kept six fielders back to Rizwan even when conditions were so clearly in their favour.

Rizwan's two off Broad saw him to a fifty off 104 balls including four boundaries.

Pakistan resumed in trouble at 126-5, with Babar 25 not out and Rizwan unbeaten on four.

Pakistan captain Azhar Ali had won the toss and batted on Thursday.

But his side lost three wickets for 18 runs on a rain-shortened first day where the humid atmosphere aided the bowlers.

Pakistan's plight would have been worse had not opener Abid Ali been dropped twice in the slips on the way to making 60.

Meanwhile left-handed batsman Fawad Alam saw his near 11-year wait for a Test recall finish with a four-ball duckwhen lbw on review to Woakes.

Victory in this match would put England 2-0 up in a three-match campaign and see them to their first series win over Pakistan since 2010.

The Rose Bowl, Southampton Cricket England vs Pakistan, 2nd Test
Get the latest updates on SA vs IND 2021-22, check out the Schedule and Live Score . Like us on Facebook or follow us on Twitter for more sports updates. You can also download the NDTV Cricket app for Android or iOS.