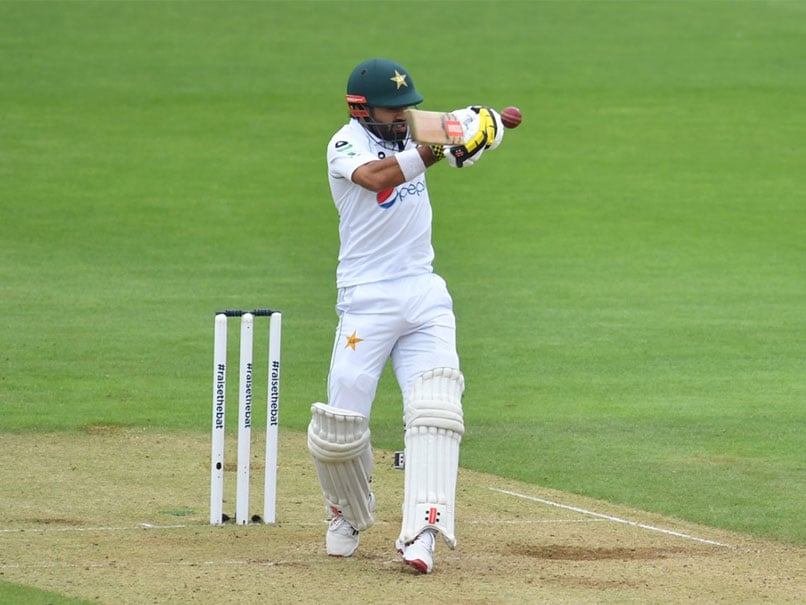 Stuart Broad struck early in the final session to break Mohammad Abbas' resistance, before bad light forced early stumps with Pakistan finishing day 2 on 223/98 in Southampton on Friday. Wicket-keeper batsman Mohammad Rizwan scored a gritty half-century (60 not out) helping his get past 200-mark on a day when conditions favoured the fast bowlers immensely. Earlier, the start of play was delayed for one-and-a-half hour -- first due to rain and then with wet outfield. Pakistan's two overnight batsmen Babar and Rizwan played with great caution and survived challenging conditions to reach the lunch unscathed, adding 29 runs to their total. Anderson and co. failed to make most of the overcast conditions in the first session as Pakistan reached 155/5 at lunch. England fast bowlers began the second session on a great note getting rid of a well-set Babar Azam and two other players. Stuart Broad bowled a peach of a delivery to remove a well-set Babar Azam for 47 runs, handing Pakistan a huge blow. However, they were left frustrated when Rizwan combined with Mohammad Abbas to stitch a 39-run partnership for the ninth wicket, taking their score to 215/8 at tea. Broad and Anderson were the pick of the bowlers for the hosts, picking up three wickets apiece. (SCORECARD)

The Rose Bowl, Southampton Cricket England vs Pakistan, 2nd Test Live Score Live Cricket Score Live Blogs
Get the latest updates on India vs South Africa and check out  Schedule, Results and Live Score. Like us on Facebook or follow us on Twitter for more sports updates. You can also download the NDTV Cricket app for Android or iOS.