Virat Kohli posted a short clip on his Instagram handle of him lifting weights ahead of the second Test against England. 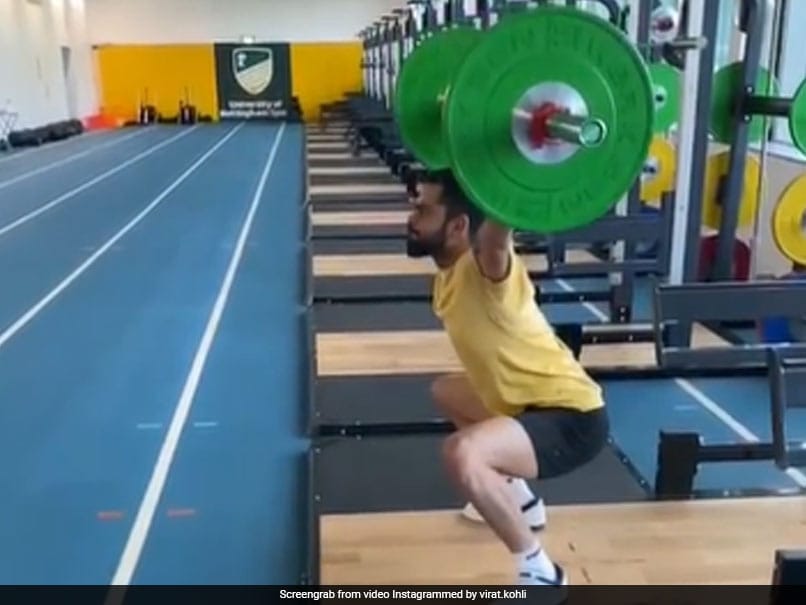 There was a time, much before he became a fitness icon, Virat Kohli was extremely fond of 'chole bhature' and chicken fried rice, something he has repeatedly mentioned in his interviews. But with time and keeping in mind the competitive nature of the game at the highest level, the India cricket captain became an inspiration for the country's youth. He is one of the fittest cricketers in the world. Be it running between the wickets, agility on the field, or the application of his wrists while batting, Kohli is arguably at the top of his game.

While we have seen Kohli sweating it out on the gym, on Monday, the India captain shared on Instagram a video in which he is seen doing some heavy weightlifting. The video, which is only a few seconds long, has been shot in slow-motion and shows Kohli in great shape.

"Work never stops", read the caption of the video.

His fans went gaga after seeing the video and applauded the Indian captain.

Afghanistan cricketer Rashid Khan, who is hugely popular in India because of his performances in the Indian Premier League (IPL), reacted to the video, with bicep emojis.

At the time of writing, the video had been viewed over 7.7 million times.

One of his fans, @gandhii_18, reacted to the video, saying, "Caught You In Just 5 Seconds."

Another fan with the username @virat.kohli.for.life, "We all Viratians believe in you champ."

These fans believed the Indian captain should prepare for the next edition of the Olympic games.

One user, @_deoxy_._ said that Kohli was "ready for 2024 Paris Olympics weightlifting."

The Indian cricket team is currently in England, taking part in a five-match Test series.

The first Test between the two sides at Trent Bridge ended in a draw. However, in India's first innings, Kohli got out for a first-ball duck off James Anderson.

Experts and commentators are predicting a tough battle between the two star players. The second Test begins on August 12.