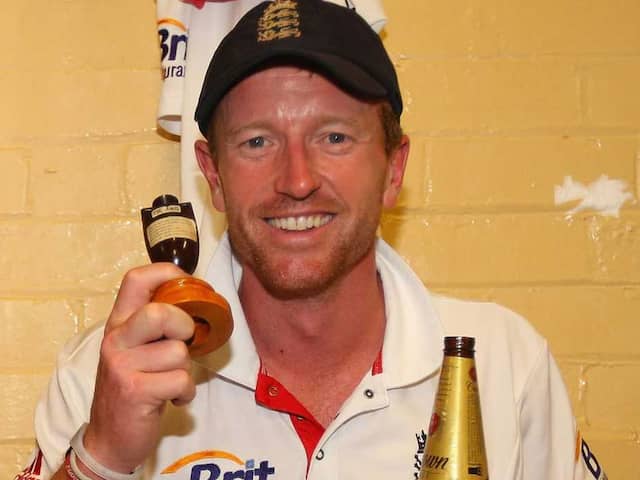 Former England all-rounder Paul Collingwood announced on Thursday that he will end his professional career at the end of the season, 22 years after making his first-class debut. A three-time Ashes winner and the only man to captain England to a global trophy after leading them to glory in the 2010 World Twenty20, Collingwood played 68 Tests, 197 One-day Internationals and 36 T20 matches. The England Cricket Board (ECB) also took to Twitter and thanked Collingwood for all the memories. "Thanks for the memories, @Colly622! #ThankYouColly," England Cricket tweeted.

The 42-year-old has been described by his county side Durham as their "greatest-ever run scorer and most illustrious player".

"After much thought and deliberation I have decided to announce my retirement from cricket at the end of the current season," Collingwood said.

"I knew this day would eventually come but it hasn't made it any easier -- although it's an emotional decision I know that the time is right and I'm comfortable knowing that I have given every last ounce of energy to the sport."

Durham chairman Ian Botham said: "Paul is one of the greatest all-rounders to ever grace the game of cricket and to have him playing at Durham, his home county, for all these years has been an absolute privilege."

Collingwood had also featured in the Indian Premier League (IPL). He represented the Delhi Daredevils franchise from 2009 to 2010 and later played for Rajasthan Royals from 2011-12.

England Cricket Team Paul Collingwood Cricket
Get the latest Cricket news, check out the India cricket schedule, Cricket live score . Like us on Facebook or follow us on Twitter for more sports updates. You can also download the NDTV Cricket app for Android or iOS.