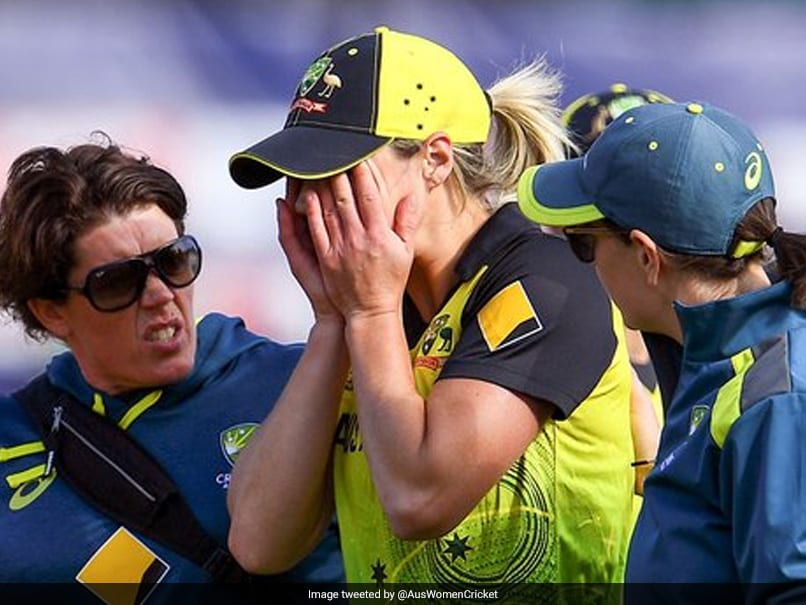 Australia women's skipper Meg Lanning on Tuesday confirmed that all-rounder Ellyse Perry will be missing the remainder of the New Zealand series. Australia and New Zealand will be facing each other in the three-match ODI series after the conclusion of the three-match T20I series. The Meg Lanning-led side has already secured the T20I series after winning the first two matches, and the final game of the series will be played on September 30. Perry suffered from hamstring tightness after running drills and as a result, she has been ruled out for the remaining matches against New Zealand.

"Unfortunately she had some hamstring awareness and has got a low-grade strain, so she won't be available for the rest of this series. She'll remain with the team to continue her rehab and training in the hope of being available at some point during the WBBL. So she won't be playing any part in this series. It's the same hamstring but a different muscle within the hamstring. It's on the minor end, so hopefully doesn't delay it too much," ESPNCricinfo quoted Lanning as saying.

"It was just during a running session at training that she was doing, she was progressing through her plan, so unfortunate that it's happened but it's on the minor end and she's doing everything she can to be able to make herself available. I think she's doing everything she can to be available as soon as possible, it's a very complex injury, and hard to get the timing on when certain things will happen. So hopefully at some point, she's doing the best she can and it's really important to get it right and take the time before we do put her out on the field. Hopefully, it's sooner rather than later, but we'll just have to see how it pans out," she added.

Perry will now hope to make a comeback for Sydney Sixers in the upcoming Women's Big Bash League next month.

The Women's Big Bash League is slated to kick off from October 25 in Sydney.

Sydney Sixers will face Sydney Thunder at the North Sydney Oval on October 25.

New Zealand Women Ellyse Perry Meg Lanning Cricket
Get the latest updates on ICC Women's Cricket World Cup 2022 and IPL 2022, check out the Schedule , Live Score and IPL Points Table. Like us on Facebook or follow us on Twitter for more sports updates. You can also download the NDTV Cricket app for Android or iOS.