India Women's all-rounder Deepti Sharma was felicitated by the government of West Bengal for her impressive performance in the Women's T20 World Cup. 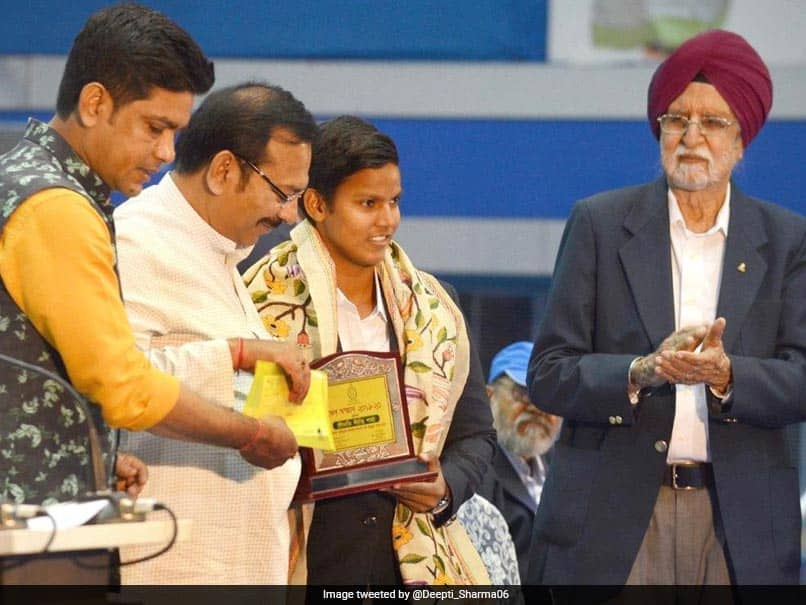 Deepti Sharma was felicitated by former cricketer Laxmi Ratan Shukla among others.© Twitter

Indian women's cricketer Deepti Sharma was felicitated by Department of Youth Services and Sports, Government of West Bengal for her performance in the ICC Women's T20 World Cup held in Australia this year. Deepti was economical during India's run in the T20 World Cup. In the tournament opener against Australia, she gave just 17 runs in the four overs. In the match against Sri Lanka, she delivered a standout performance by taking a wicket and giving away 16 runs.

This was India's first final in the Women's T20 World Cup.

India Women Deepti Sharma Cricket
Get the latest updates on India vs Australia Series, check out the India vs Australia Schedule for 2020-21 and Ind vs Aus live score . Like us on Facebook or follow us on Twitter for more sports updates. You can also download the NDTV Cricket app for Android or iOS.