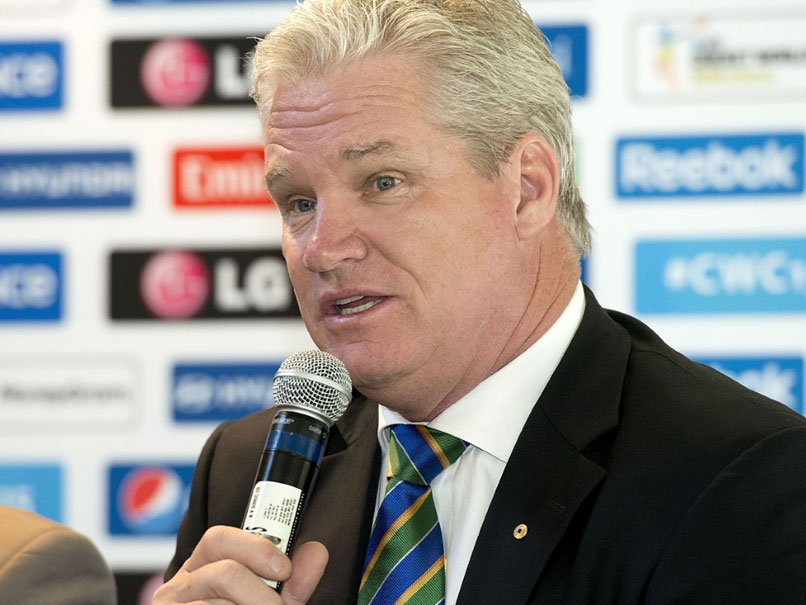 Dean Jones died aged 59 on Thursday due to a heart attack.© AFP

Former Australia captain Allan Border said Dean Jones "revolutionised the game" of cricket after the latter died at the age of 59. "He revolutionised the game and I loved him. When he scored his 200 in Madras he was so dehydrated but he kept going. At 170 I said 'if you can't keep going I'll get a Queenslander on,' " Foxsports.com.au quoted Border as saying. Jones represented Australia in 52 Tests and 164 One-Day Internationals. He was also a stalwart of Victorian cricketduring the 1980s and 1990s and retired as the state's leading first-class run-scorer.

Jones went on to become a highly-regarded coach and commentator. He was made a Member of the Order of Australia in 2006 for his services to cricket and charity and was inducted into the Australian Cricket Hall of Fame in 2019.

Cricket Australia (CA) chairman Earl Eddings has also expressed grief over the demise of JOnes, saying that the former cricketer was a "hero" to a generation of cricketers and will "forever be remembered as a legend."

"Dean Jones was a hero to a generation of cricketers and will forever be remembered as a legend of this great game," Eddings said in a statement.

"Anyone who watched cricket in the 1980s and 1990s will fondly recall his cavalier approach at the crease and the incredible energy and passion he brought to every game he played.

"Although many remember him for his brilliance in the 50-over game, arguably Jones' finest moment in the national team came in scorching conditions in Chennai in 1986, where his selfless and courageous innings of 210 helped Australia to a famous tie against India," he added.