David Warner, dressed in his SRH kit with a bat in hand, delivered the dialogue with much gusto and asked his fans to guess the movie. 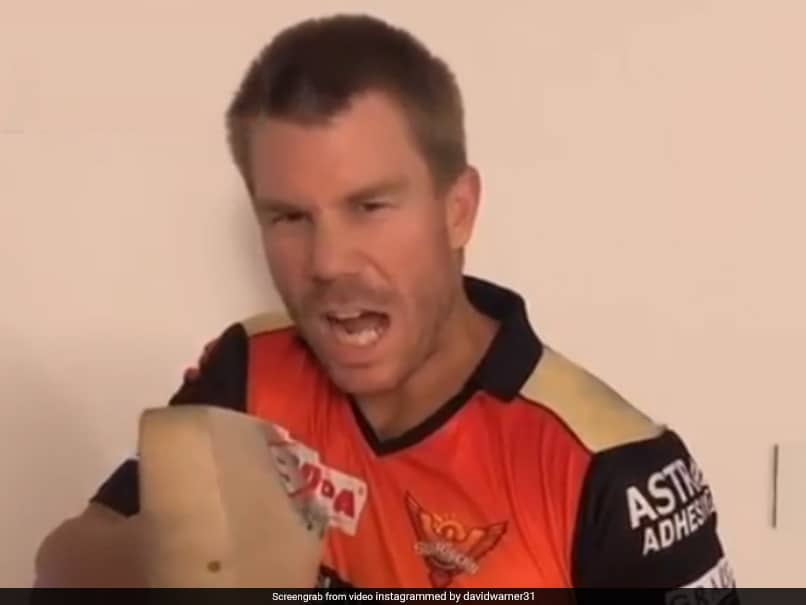 David Warner has kept his fans entertained with his fun videos during this lockdown enforced by the coronavirus. Warner, who has a massive fan following in Hyderabad due to his association with SunRisers Hyderabad in the IPL, posted a TikTok video on his Instagram account, sending his fans into a frenzy. In the video, Warner is seen lip syncing a famous Telugu movie dialogue from a 2006 action-thriller 'Pokiri', starring Mahesh Babu. Warner, dressed in his SRH kit with a bat in hand, delivered the dialogue with much gusto. However, he didn't have any clue about which movie the dialogue was from and asked his fans to help him out. "Guess the movie?? I tried everyone Good luck #tollywood #requested #helpme," Warner captioned the video.

Like his previous videos, Warner's latest post also became an instant hit among his followers, gathering over three lakh views in less than an hour.

Earlier, Warner had shared a video of him dancing to a Tamil songwith his wife and daughter.

While there might be a debate over Warner's dancing skills, which is often showcased in his TikTok videos, there is no denying his creativity in those videos.

Warner is among one of the most active cricketers on the popular video-sharing platform and he always looks for innovative ideas to entertain his fans and so far it seems to be paying dividends.

The coronavirus pandemic has brought sporting events, including cricket, across globe to a standstill and given the current situation in many parts of the world, it is hard to predict the return of sports.

On Friday, Warner, while talking to Indian opener Rohit Sharma in an Instagram Live session, expressed his serious doubts over the future of the T20 World Cup, which is scheduled to be held in Australia from October 18 to November 15.

"The ICC World Cup will not go ahead here by the looks of it. It will be difficult to get everyone (16 teams) together," said Warner.

David Warner
Get the latest updates on ICC T20 Worldcup 2022 and CWG 2022 check out the Schedule, Live Score and Medals Tally. Like us on Facebook or follow us on Twitter for more sports updates. You can also download the NDTV Cricket app for Android or iOS.