With all sporting action at a standstill, cricketers are trying to find ways to keep themselves and fans amused. 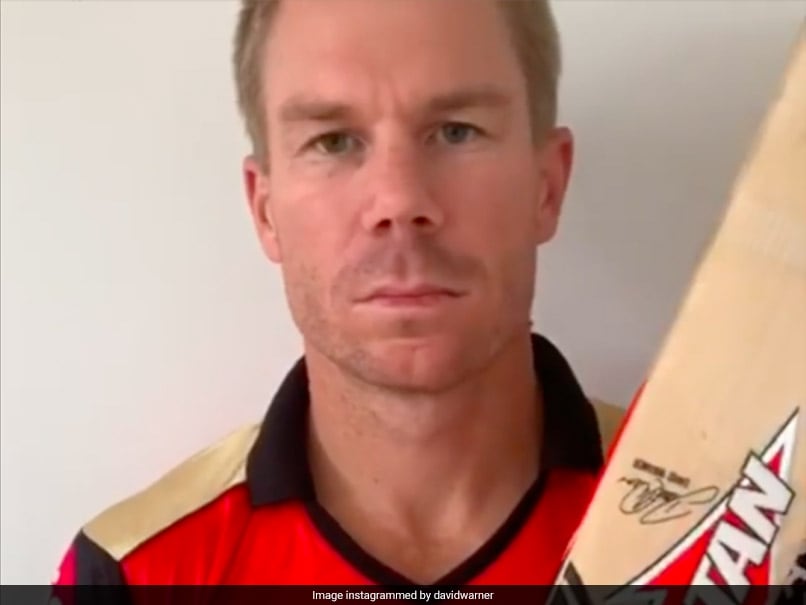 David Warner has become a TikTok star ever since the lockdown was imposed in Australia.© Instagram

The COVID-19 pandemic has led to the cancellation or postponement of almost all sporting events in the world. The sport of cricket has been greatly impacted too as most international tours stand cancelled and the Indian Premier League has been postponed indefinitely. With a lot of free time at hand, some cricketers have become super active on social media. While Virat Kohli has featured in a number of Instagram live sessions, Steve Smith has been imparting batting lessons. However, it is David Warner who has been most entertaining. The opening batsman has become a TikTok star ever since the lockdown was imposed in Australia due to the COVID-19 pandemic. On Thursday, he was joined by former England batsman Kevin Pietersen and former Indian cricketer-turned commentator Aakash Chopra for another amusing video.

In the video, David Warner suddenly appears in his SunRisers Hyderabad jersey as soon as he picks up his "magic bat". When he passes it on to Kevin Pietersen, his clothes change to England Test jersey from the 2013 Ashes series and finally, the bat reaches Aakash Chopra, who can be seen wearing a white jersey second later.

It looks like another attempt by David Warner to keep his fans entertained after a series of TikTok videos.

As far as cricket is concerned, Australia have cancelled a two-Test tour of Bangladesh in June, and a limited-overs home series against Zimbabwe is also in doubt.

Australia are due to host the Twenty20 World Cup in October-November, for which the International Cricket Council has said it is "exploring all options".

Kevin Pietersen Aakash Chopra Cricket
Get the latest updates on IND vs NZ 2021, check out the Schedule and Live Score . Like us on Facebook or follow us on Twitter for more sports updates. You can also download the NDTV Cricket app for Android or iOS.