"World Cup Will Not Go Ahead Here By The Looks Of It": David Warner Tells Rohit Sharma

David Warner thinks that the T20 World Cup might not take place this year due to the coronavirus threat. 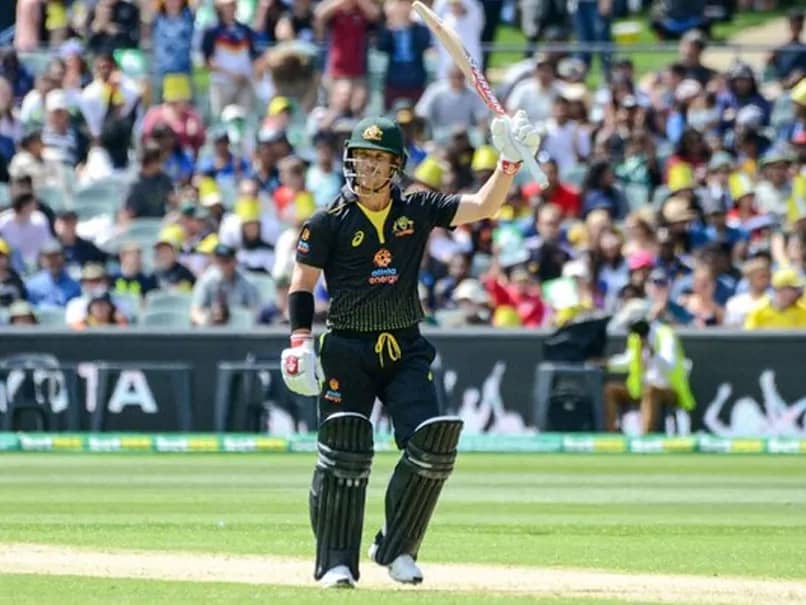 David Warner shared his thoughts about the future of the T20 World Cup.© AFP

All cricketing activity has come to a halt due to the health crisis and there are serious doubts over the future of the T20 World Cup. "The ICC World Cup will not go ahead here by the looks of it. It will be difficult to get everyone (16 teams) together," said Warner in an Instagram live session with India's batting star Rohit Sharma. However, the International Cricket Council is yet to take the final call on the T20 showpiece event. During the chat, Rohit said India's tour of Australia, which is scheduled after the T20 World Cup, will be a "great way" to restart international calendar.

"I love playing against Australia. When we won last time (in 2019), it was great for us. You guys (Warner and Steve Smith) were missing (due to ball-tampering bans). "What our bowlers and batters did there was amazing. I am looking forward to the upcoming tour already. I hope both boards manage to get the series underway. It Will be a great way to kick off cricket in the world," said India's limited-overs vice-captain.

India won their first Test series in Australia, and Warner said he was feeling helpless watching his team lose. "Watching that series was hard as you can't do anything from the outside. But I want to say that India has the best pace attack against left-handers. They zero in one spot and keep bowling there. "Mentally, it was great for Indian cricket but it was hard to watch. I felt helpless. I hope it does happen and looking forward to the battle," said Warner.

Warner is also not enthused by the idea of playing in front of empty stands like Australia did against New Zealand in Sydney in March before the ODI series was called off. "It was a bizarre experience. You could only hear the echo of a cricket ball. It was bizarre. We are used to calling 'yes and no' while running between wickets but we did not need to do that. "It was literally like playing a warm-up game. It was surreal. I don't know how long you can sustain that. You gain your momentum from the home crowd."

"Shikhar can be annoying but it is great to bat with him. He is such a delight to watch, got so many shots," said Rohit.

Shikhar Dhawan ICC T20 World Cup 2020 Cricket
Get the latest updates on India vs England Series, India vs England , live score and IPL 2021 Auction . Like us on Facebook or follow us on Twitter for more sports updates. You can also download the NDTV Cricket app for Android or iOS.