David Warner And His Wife Dance To Prabhu Deva's Hit, Asks Fans If They Were Better Than Shilpa Shetty

In the video, both David Warner and his wife Candice can be seen dancing to a superhit Bollywood number from the 90s, featuring Indian dance icon Prabhu Deva. 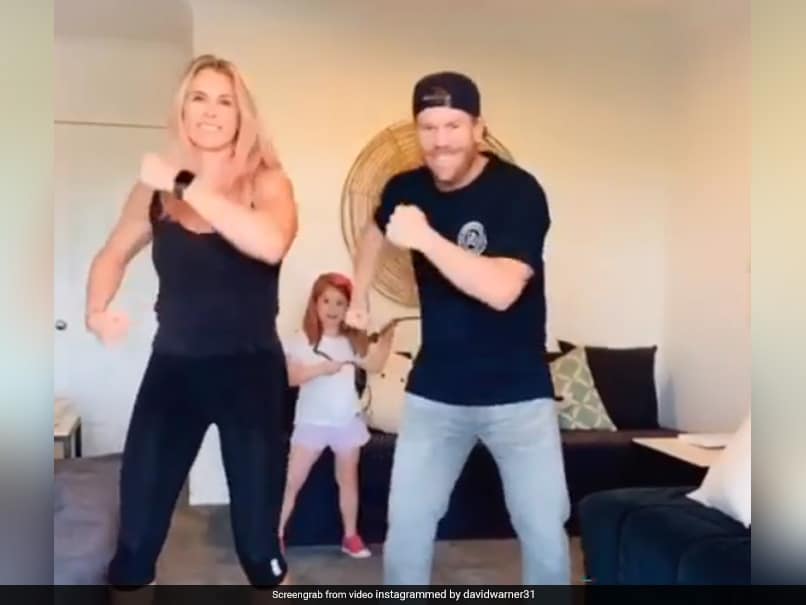 Sharing TikTok videos with his fans has become a part of David Warner's daily routineand, continuing that trend, the Australian cricketer shared yet another video on Instagram, this time showcasing his dance skills. Dancing along side Warner in the video was his wife Candice Warner, while one of their daughters sneaked in from behind and started doing her own moves, taking her parents by surprise. In the video, both Warner and Candice can be seen dancing to a superhit Bollywood song from the 90s, featuring Indian dance icon Prabhu Deva. Tagging Bollywood actress Shilpa Shetty Kundra in his post, Warner asked fans to decide who has better dance moves between him, his wife and Shilpa Shetty. "Who was better @candywarner1 and I or @theshilpashetty  #theoriginals," Warner captioned the video.

The reason why Warner tagged Shilpa Shetty in his post was because she had also made a similar TikTok video earlier this year performing a solo dance on the hit Bollywood number.

What was interesting though in her video was that Prabhu Deva walked past her while she was pulling off her moves.

Warner and his wife, both quite active on social media and their fun TikTok videos have kept their fans entertained during this coronavirus lockdown.

The Australian opener has tried to be as creative as possible in his videos which has even led to him being trolled on the social media.

Recently, his former teammate Mitchell Johnson made fun of Warner's humourand labelled him as inapt for doing all this.

"I would say you've officially lost it but not sure you ever had it Bull," Johnson replied after watching one of his videos.

A day later, West Indies batsman Darren Bravo took a cheeky dig at the Australian openerand called him a "boxhead".

The 33-year-old would have been leading the Hyderabad-based franchise in the 13th edition of the IPL but due to the coronavirus pandemic, the future of IPL 2020 is under doubt as the tournament has been postponed indefinitely.