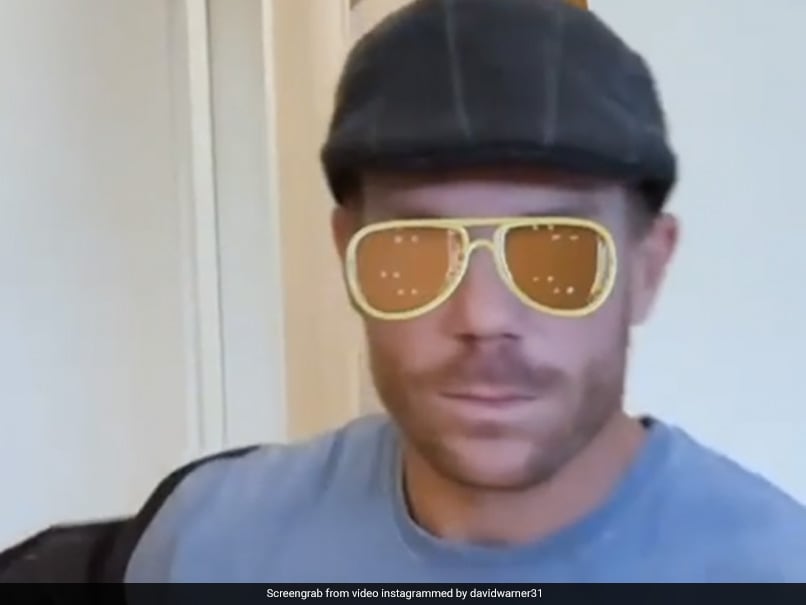 David Warner, who has taken social media by storm with a series of TikTok videos, came up with another hilarious post on Instagram on Friday. In his latest post, Warner can be seen pulling off an amazing camera trick, with Telugu song 'Ramuloo Ramulaa' playing in the background. "Woke the beast what can you see with your eyes at the end?? #challenge #gettingbetter #fun #justsmile," Warner captioned the post. While fans on social media were impressed with Warner's latest post, West Indies batsman Darren Bravo took a cheeky dig at the Australian opener and called him a "boxhead". "Boxhead I think you need for cricket to start back @davidwarner31," Darren Bravo left a comment on Warner's Instagram post. 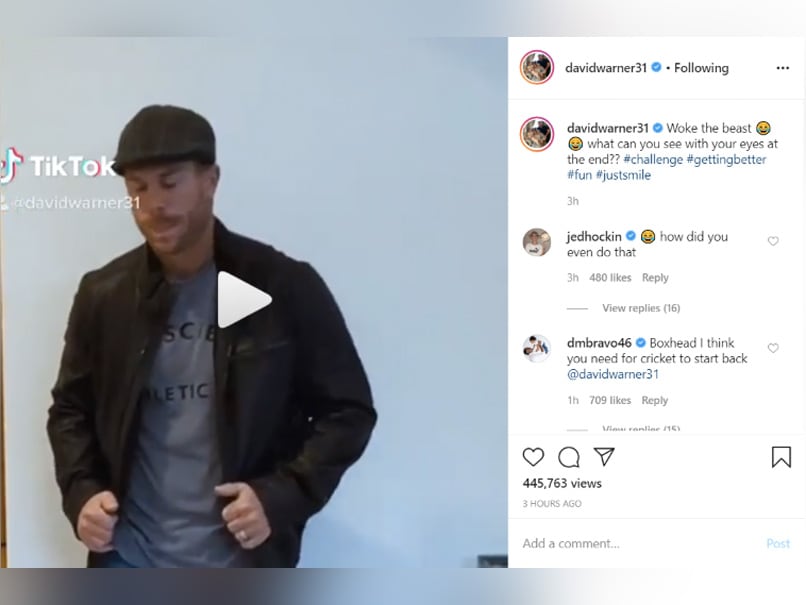 Making fun of Warner's humour, Johnson went a step further and labelled him as inapt for doing all this. "I would say you've officially lost it but not sure you ever had it Bull," Johnson replied on the video.

Earlier this week, he shared a video where he was lip-syncing a famous Telugu movie dialogue from a 2006 action-thriller 'Pokiri', starring Mahesh Babu.

Warner, dressed in his SRH kit with a bat in hand, delivered the dialogue with complete gusto. However, the Australian didn't have any clue about which movie the dialogue was from so he asked his fans to guess.

The 33-year-old would have been leading the Hyderabad-based franchise in the 13th edition of the IPL but due to the coronavirus pandemic, the lucrative tournament was postponed indefinitely as a precautionary measure.

Darren Bravo Cricket
Get the latest updates on IND vs NZ 2021, check out the Schedule and Live Score . Like us on Facebook or follow us on Twitter for more sports updates. You can also download the NDTV Cricket app for Android or iOS.