Smriti Mandhana scored her maiden Test century on on Day 2 of the pink-ball Test against Australia in Queensland on Friday. 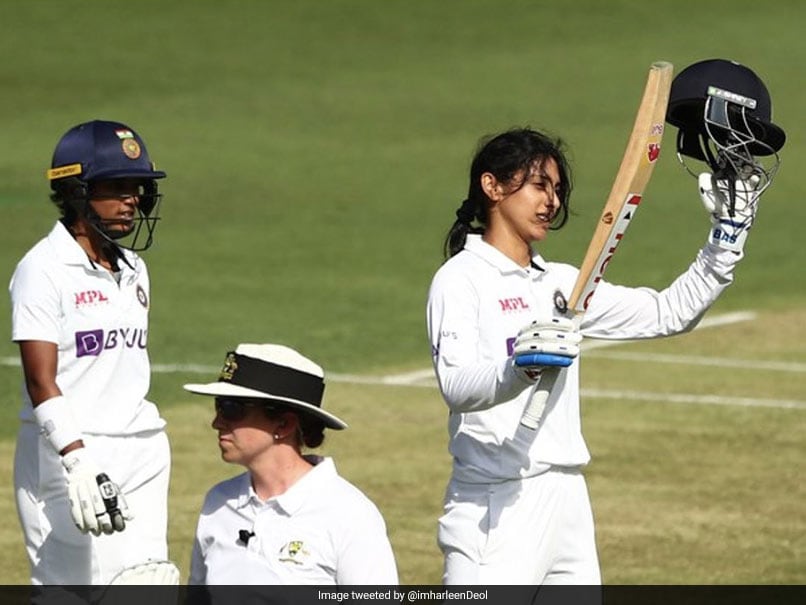 Smriti Mandhana scored her first ever Test century in the Pink Ball Test vs Australia on Friday.© Twitter

Indian women's cricket team opener Smriti Mandhana wrote another glorious chapter in her decorated international career on Friday when she scored a century on Day 2 of the pink-ball Test against Australia in Queensland to put the visitors in a strong position. Mandhana, who resumed on her overnight score of 80 not out, brought up her maiden Test century with a boundary. She also became the first Indian woman to score a century on Australian soil. She was eventually dismissed for 127 and the Indian women's team ended the second day at 276/5 at stumps.

The southpaw soon started trending on social media as Indian cricket fans lauded her for her terrific batting performance. Of the many tweets celebrating her performance, one stood out. That was from fellow Indian cricket Harleen Kaur Deol. While many from the cricketing fraternity praised Mandhana for her batting, Deol decided to indulge in some banter.

Deol posted a photo of Mandhana raising her bat to celebrate her century and along with that wrote a caption, "Alexa please play: "oh haseena zulfo vali!!!" @mandhana_smriti."

Mandhana, known for her witty posts on social media, decided to respond to Deol in the same manner. "Alexa please put @imharleenDeol on mute," she wrote.

The tweet and its response has since received a lot of reactions from Indian cricket fans, most of them celebrating Mandhana for her performance and also enjoying the banter between the two cricketers.

i sense a great sense of humour

Many many congratulations on scoring your first Test hundred ma'm

Australia Women Cricket
Get the latest updates on SA vs IND 2021-22, check out the Schedule and Live Score . Like us on Facebook or follow us on Twitter for more sports updates. You can also download the NDTV Cricket app for Android or iOS.